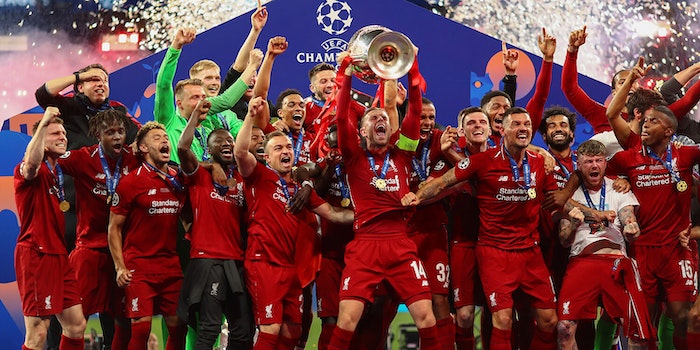 How to stream Atletico Madrid vs. Liverpool live

Here’s everything you need to know to stream this UEFA Champions League Round of 16 match, between Liverpool and Atletico Madrid, live on Tuesday.

Champions League winners Liverpool return to the site of their 2019 triumph on Tuesday. The Reds travel to Atlético Madrid’s home stadium for the first leg of the Champions League Round of 16.

Liverpool is having a season for the ages and poised to break a number of records, already on pace for the biggest gap between 1st and 2nd in the Premier League, with a 22-point lead over Manchester City. Atlético Madrid is currently 13 points behind La Liga leaders Real Madrid, disappointing given the high hopes that emerged after the record signing of João Félix in the summer.

The match is on TNT, TUDN, and Univision; these streaming services provide fans the opportunity to catch Champions League action throughout the tournament.

Atlético Madrid (10 points, 2nd in Group D) hasn’t had its usual storyline this season, as the club that is normally so careful and calculated risked it all in the summer to try to win the league. That was a risky move that appears to have failed. Atléti is even out of Copa del Rey after an early exit to Cultural Leonesa, and with the title race out of the question, manager Diego Simeone is once again putting all his eggs in the European basket. Expect Cholo to revert to his old ways and set Atléti up in a defensive bunker to try and survive against the defending champs.

Liverpool (13 points, 1st in Group E) is fresh off winning this tournament last year, and is on the cusp of winning a Premier League trophy it has coveted for years. The Reds’ enormous lead in the Premier League allows them to focus solely on their remaining cup competitions.

In terms of talent, nobody in the world is better right now. If manager Jurgen Klopp can replicate the way his team was playing before the winter break, they’ll most certainly advance.

The DraftKings Sportsbook oddsmakers have Liverpool as a +122 favorite, with Atlético Madrid at +230 and a draw at +240.