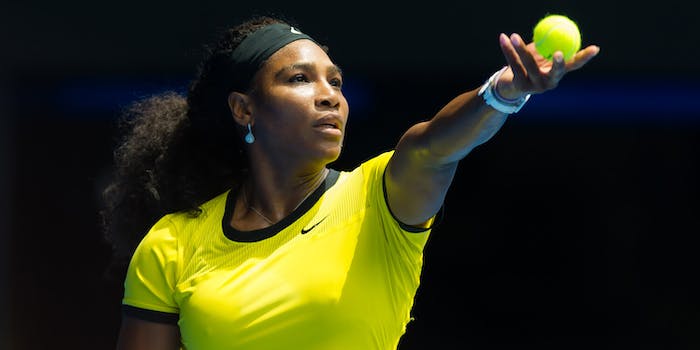 How to watch the 2020 Australian Open without cable

Serena Williams is chasing what's been an elusive (and notable) Grand Slam title.

The Grand Slam tour in tennis rolls on with the 2020 Australian Open, which began in earnest Monday and carrying through to the Feb. 1 and 2 finals. On the women’s side, Serena Williams is vying to pull even with Margaret Court’s 24 Grand Slam singles titles with defending champ Naomi Osaka and other challengers standing in the way. For the men, Roger Federer and Rafael Nadal will challenge 2019 Australian Open winner Novak Djokovic.

It’s happening amidst the backdrop of raging wildfires that have ravaged the continent, and smoke from the fires has actually been a factor for some of the players. That’s led to some intriguing thought pieces, include a recent one in The Nation wondering if this tournament is a harbinger of climate change interfering with outdoor sports.

What channel is the Australian Open on?

The Australian Open will be broadcast on the ESPN family of networks: Mostly ESPN2 through the early rounds and on ESPN for the semis and finals, with ESPN Deportes doing Spanish-language coverage.

When are the men’s and women’s Australian Open semifinals?

The women’s semifinals were on Wednesday, Jan. 29 at 10pm ET, with 14th-seed American Sofia Kenin upsetting top-seed Ashleigh Barty, and at 11:30pm ET with 4th-seed Simona Halep falling to unseeded Garbiñe Muguruza. The first men’s semifinal was Thursday, Jan. 30 at 3:30am ET, where No. 2 Novak Djokovic beat No. 3 Roger Federer in straight sets. The other men’s semifinal, on Friday, Jan. 31 at 3:30am ET, featured 5th-seed Dominic Thiem taking four sets to beat 7th-seed Alexander Zverev, winning all three of them 7-6.

When are the men’s and women’s Australian Open finals?

Each of the following services carries ESPN and ESPN2 for tennis fans wanting to access all the Australian Open action.

Sling TV provides two base channel package options, each priced at $30 per month. Sling Orange includes three ESPN channels, while Sling Blue includes sports channels like NBCSN, NFL Network, and local channels. (Sling Blue customers in select markets get NBC, where some Australian Open matches appear; see if yours has it here). Sling Blue also brings Fox News Channel, MSNBC, and Headline News as part of its regular slate of channels, with Fox Business Channel available for those who get the Sling Blue News Extra add-on.

AT&T TV Now provides instant access to more than 45 channels, including local channels, at its minimum, but it also includes numerous package choices that rival cable options in size. For tennis fans, that means ESPN and ESPN, and there are plenty of other sports to be found on ABC, CBS, Fox, NBC, NBCSN, FS1, and FS2. It even offers free HBO on its Plus and Max channel suites. The $5 Deportes add-on gives access to ESPN Deportes, TUDN, Fox Deportes, Gol TV, and TyC Sports for even more sports en Español. And if you need to record any action to watch later, it comes with CloudDVR for up to 20 hours of TV recording per month. One account works on two devices, but you can add more devices for only $5.

Vidgo offers a package for under $40 a month that pulls together more than 60 English-language channels into its National English Package, including ABC, Fox, the ESPN family of channels (including ESPN Deportes), FS1, FS2, Fox Deportes, and BeIN Sports for sports fans. It offers an array of entertainment favorites, including A&E, HGTV, History, Lifetime, and a full range of Nickolodeon channels, including TeenNick and NickToons.

YouTube TV is a great option for sports fans, with ESPN, ESPN2, and all the major local channels (provided you’re in the right zip code). Soccer fans will love it, in particular for TNT for Champions League matches, NBC and NBCSN for Premier League matches, and broadcasting partnerships with three MLS teams. (Take a look at the full list of YouTube TV channels here.)

Novak Djokovic, the defending Australian Open champion, is seeded second to Nadal, who Djokovic beat last year to win his seventh Melbourne title. Remarkably, only four men have won the tournament since 2006, with this year’s 15th-seed Stan Wawrinka crashing the party in 2014. Otherwise, it’s been Djokovic dominating along with Federer, who has won six titles dating back to 2004. Nadal, who won his lone title in 2009, is overdue to add a second Australian Open trophy to his collection.

On the women’s side, defending champ Naomi Osaka, who started as only the third seed, was ousted by 15-year-old phenom Coco Gauff in the third round. That opens the pathway for Willians, who came into the tournament as the No. 8 seed.

Ashleigh Barty, who won the French Open last year, is pegged as the top seed and as the best chance for an Australian to win the tournament since Chris O’Neil captured it back in 1978. It wasn’t so long ago, back in 2017, when the final was an all-Williams affair, with Selena besting Venus for her seventh title.