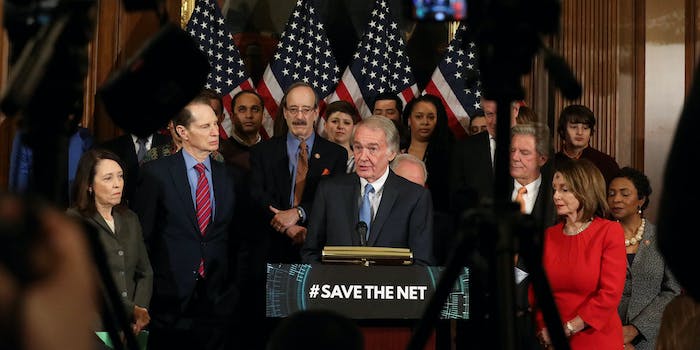 A new study shows just how much ISPs pushed back against the Save the Internet Act.

Big telecom companies and internet service providers (ISPs) spent millions of dollars during the last session of Congress and aggressively lobbied against a bill that would have restored net neutrality rules, according to a new study.

Common Cause and the Communications Workers of America (CWA) released their study, titled “Broadband Gatekeepers,” on Monday. The report details how 15 of the largest broadband providers spent $234 million on lobbying during the 116th Congress, or between 2019 and 2020.

The report, which used data compiled by Open Secrets, found that Comcast spent the most at $43 million, followed by AT&T, which spent $36 million. Similarly, NCTA – The Internet and Television Association, a trade group representing providers, spent $31 million during the 116th Congress.

But the report also details just how much providers were lobbying against a major net neutrality bill.

In 2019, the House of Representatives passed the Save the Internet Act. That bill would have essentially codified the Federal Communications Commission’s (FCC) 2015 net neutrality order and classified broadband providers under Title II of the Communications Act.

While the bill passed in the House, which was controlled by Democrats, it languished in the Republican-led Senate, where it was never brought up for a vote. In fact, Republicans blocked several attempts by Democrats to force a vote on the bill. All but one Democrat in the Senate, Sen. Kyrsten Sinema (D-Ariz.), co-sponsored the legislation.

The “Broadband Gatekeepers” report notes that eight of the 15 major ISPs and interest groups reported that they lobbied against the Save the Internet Act. During the eight quarters of the 116th Congress, Comcast paid lobbyists more than $27 million, AT&T spent more than $22 million, and NCTA paid $29 million, according to the report. During that time, those ISPs were actively lobbying against the bill.

Sen. Ed Markey (D-Mass.), who sponsored the Senate version of the Save the Internet Act, has repeatedly said that once President Joe Biden finally fills out the FCC to give it a Democratic majority, he will push for the agency to restore net neutrality and re-introduce a bill in Congress that would do the same.