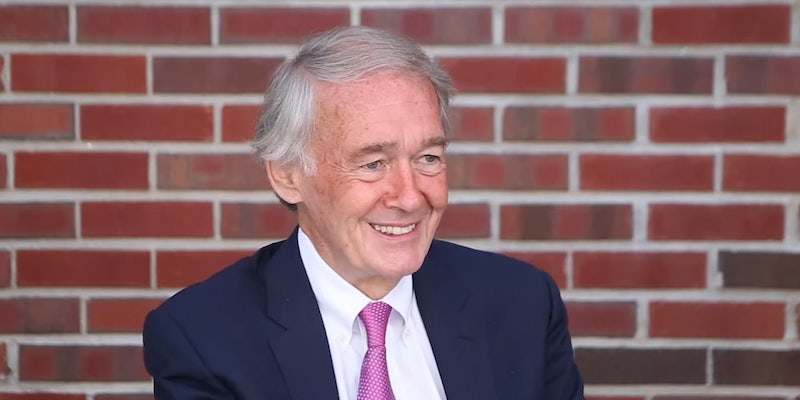 Markey said it was a 'new era' for net neutrality in Washington, D.C.

Sen. Ed Markey (D-Mass.), a long-time supporter of net neutrality, said on Tuesday that he would be introducing legislation to restore the rules “in the coming weeks.”

Markey made the remarks at a briefing about the importance of Title II classification hosted by several public advocacy groups like Free Press Action, Fight for the Future, Demand Progress, MediaJustice, Public Knowledge, and many others.

With Democrats controlling both chambers of Congress, Markey called it a “new era” for net neutrality, and said he planned on reintroducing a bill that would restore net neutrality and make the rules a law.

“We have a whole new era of net neutrality which is just beginning,” Markey said, adding: “Net neutrality champions now hold the reigns here on Capitol Hill. Once we have three Democrats in place at the FCC, I’m going to strongly urge the commission to reverse the Trump FCC’s wrongheaded decision and restore net neutrality and the FCC’s authority over broadband. In the coming weeks I’m also planning on reintroducing legislation to do the same by statute.”

The Save the Internet Act passed in the House of Representatives in 2019, but was not brought up for a vote in the Republican-controlled Senate despite multiple attempts by Democrats to force one.

During his remarks, Markey also said that once a third Democratic commissioner was appointed to the FCC, he would “urge” the agency to reverse its 2018 repeal of the 2015 Open Internet Order.

Last month, Markey said that restoring net neutrality needed to be “at the top of our agenda,” and said he wanted the rules to be restored either through Congress or through the FCC.

Meanwhile, Rep. Mike Doyle (D-Penn.), who pushed the House of Representatives version of the Save the Internet Act, also noted the importance of Title II classification but did not specifically mention sponsoring a House version of a bill.

He seemed to hint at that during the hearing.

“This is a new day, and we’re very optimistic for the future,” Doyle said, adding: “I look forward to working with you in this 117th Congress to accomplish what we haven’t been able to do in the past due to resistance from this past administration, which is thankfully not with us, and the Senate.”

Democratic control of the FCC has led many to believe that it would take up undoing the agency’s repeal of the 2015 Open Internet Order. Meanwhile, a Democratic-controlled Congress increases the chances of a possible net neutrality bill passing.

The experts argued that Title II was necessary to allow the FCC to have oversight in moments where public safety was concerned and gives the agency the legal authority to protect consumers against unfair abuses by internet service providers.

“Title II is a toolbox, and it is a toolbox that the FCC needs to be able to decide how to respond,” Dana Floberg, a policy manager at Free Press Action, said. “None of these things are things that Title II automatically stipulates, but it empowers the agency to look at the situation in front of it, to look at what people need, to look at what communities of color, what low income communities need, and try and figure out how best to respond to that situation.”

Title II classification has long been a point of contention for broadband providers and Republican members of Congress, who argue that it is too strict of a regulatory regime.

Meanwhile, public interest advocates have argued—like on Tuesday—that the classification is necessary.