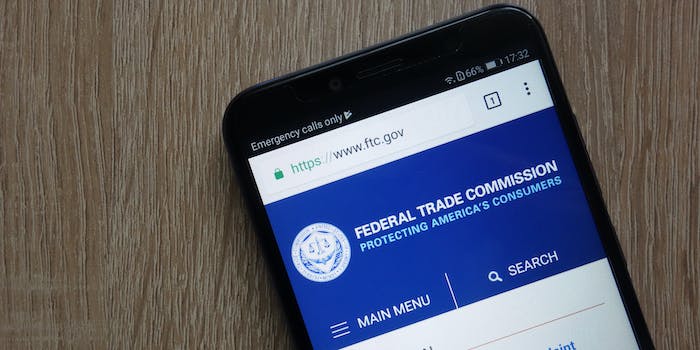 The money would be used to create a new bureau focusing on 'unfair or deceptive' big tech practices.

House Democrats are proposing setting aside $1 billion for the Federal Trade Commission (FTC) to create a division that would focus on a number of big tech issues.

The proposal is part of a massive budget reconciliation effort. The House Energy and Commerce Committee unveiled the FTC proposal among many others on Thursday.

The $1 billion proposal would be for the FTC to create a bureau that would work on “unfair or deceptive acts or practices related to privacy, data security, identity theft, data abuses, and related matters.” The proposal is set for a committee markup in the House of Representatives on Monday.

The FTC has been at the center of a number of big tech issues in recent months. President Joe Biden named Lina Khan the chairwoman of the agency earlier this year. Khan, who has support of many progressives, has been an outspoken critic of big tech companies—which has led Facebook and Amazon to call for her recusal.

Critics have called the push by Facebook and Amazon an attempt to “bully” the agency.

Before that, the agency has enforced fines against companies like Facebook and YouTube. The FTC approved a $5 billion settlement with Facebook in 2019 over privacy missteps. Around the same time, the FTC announced that it had agreed to a $170 million settlement with Google—which owns YouTube—for allegedly violating the Children’s Online Privacy Protection Act (COPPA).

More recently, the FTC reached a settlement with Zoom, the popular videoconferencing software, after it claimed to offer end-to-end encryption. The FTC also filed an amended antitrust complaint against Facebook last month.

Earlier this summer, a coalition of nearly 50 civil rights, internet rights, and anti-surveillance groups called on the FTC to curb “unfair and deceptive” data collection practices of big tech companies. The groups said that rulemaking from the agency was “needed to stop widespread systematic surveillance, discrimination, lax security, tracking of individuals, and the sharing of data.”