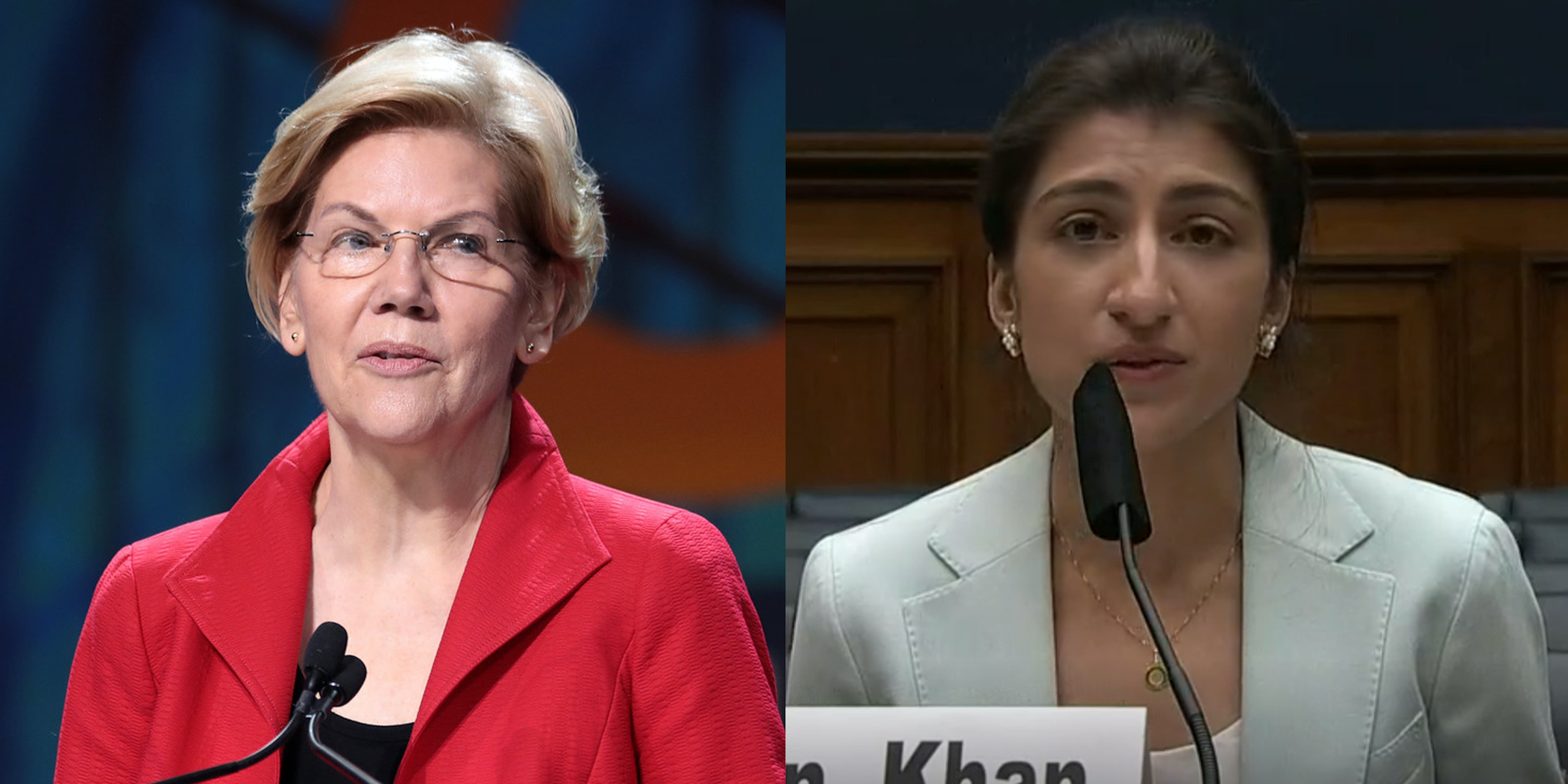 The lawmakers said the companies efforts were obvious.

Sen. Elizabeth Warren (D-Mass.) and a group of lawmakers pushed back against recent requests by Amazon and Facebook to have Federal Trade Commission (FTC) Chairwoman Lina Khan recuse herself from antitrust matters involving the big tech companies.

Warren, Sen. Richard Blumenthal (D-Conn.), Sen. Cory Booker (D-N.J.), and Rep. Pramila Jayapal (D-Wash.) sent a letter to Facebook CEO Mark Zuckerberg and Amazon CEO Andy Jassy on Wednesday, saying the recusal requests were adding to the “perception” that they were trying “to bully your regulators.”

In June, Amazon pressed for Khan’s recusal, saying that she would not be able to be “a neutral and impartial evaluator” in antitrust issues involving the company.

Facebook followed that up a few weeks later with another recusal request because Khan “made public statements not only accusing Facebook of conduct that merits disapproval but specifically expressing her belief that the conduct meets the elements of an antitrust offense.”

Khan, who has drawn massive support from progressives, has been an outspoken critic of big tech companies. She published a 2017 paper called “Amazon’s Antitrust Paradox.”

In their letter, the lawmakers argued that the big tech companies’ attempts to have Khan recuse herself were “illogical and inconsistent with the plain language of the relevant statutes.”

“The real basis of your concerns appears to be that you fear Chair Khan’s expertise and interpretation of federal antitrust law. To argue that federal ethics laws preclude Chair Khan from exercising her expertise is illogical and inconsistent with the plain language of the relevant statutes and with FTC ethics officials’ interpretations of recusal requirements,” the letter reads.

The letter notes that federal ethics laws define conflicts of interest that would require recusal as “any arrangement concerning prospective employment [or] a financial interest.” The Office of Government Ethics also has guidance for recusal when there is a “direct and predictable effect on the financial interest” of a person or that the person has a “covered relationship or represents a party to such matter.”

“Chair Khan has no such conflicts,” the lawmakers wrote, later adding: “Your efforts to sideline Chair Khan appear to be nothing more than attempts to force an FTC stalemate that would allow you to evade accountability for any anti-competitive behavior.”

The FTC was recently given more time to amend its antitrust complaint against Facebook after a federal judge dismissed the agency’s initial suit without prejudice.

Meanwhile, the agency has reportedly opened an investigation into Amazon’s acquisition of the movie studio MGM.