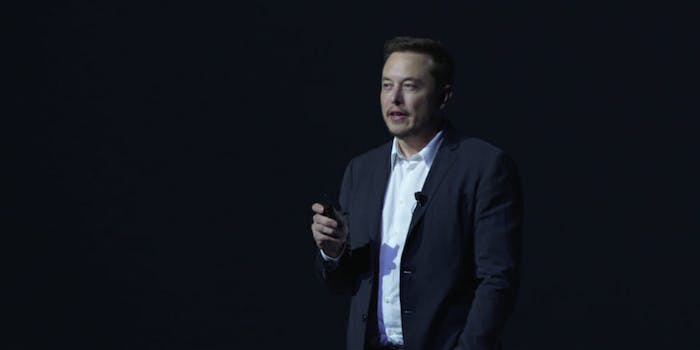 His tweets about Tesla will be vetted by legal counsel prior to going live.

Tesla’s Elon Musk and the Securities and Exchange Commission (SEC) reached a deal Friday regarding Musk’s Twitter use. If the settlement is approved by U.S. District Judge Alison Nathan, his tweets regarding his company will be vetted by legal counsel prior to going live.

Some of the tweets that will need prior approval include those detailing information about the company’s finances and specific company events, according to TechCrunch.

The SEC has said Musk violated an earlier settlement, which required him to submit public statements that would be of interest to investors for prior review. The commission asked that Musk be held in contempt of court for that violation.

The fight between Musk and the SEC began last August when the Tesla CEO sent a Tweet about possibly taking the company private. He wrote that he had funding secured, although that was not true.

Following his tweet, the price of the company’s shares jumped by as much as 13 percent, according to the Guardian. Following that incident, the SEC filed a complaint against Musk.

Musk settled with the SEC in September by agreeing to step down as Tesla’s chairman and pay a $2o million fine. He also agreed to have the company’s lawyer vet his social media communications.

The SEC alleges Musk violated that settlement in February by tweeting misleading statements about the company on Twitter.

Musk has adamantly denied that his February tweet violated the previous agreement. TechCrunch outlines the terms of the new settlement and the conditions under which Musk must submit his tweets to legal counsel.

Musk’s Twitter presence has been strange of late; in March, he tweeted a link to a rap song about slain gorilla Harambe, switched his avatar to a sheep, and tweeted out a desperate request for “dank memes.“