The best memes about Elon Musk launching a Tesla into space

SpaceX launched the most powerful rocket of all time on Tuesday. Sure it could revolutionize space travel, but does the internet have anything amusing to say about it?

It does, starting surprisingly enough with SpaceX founder Elon Musk.

“Test flights of new rockets usually contain mass simulators in the form of concrete or steel blocks. That seemed extremely boring.” Musk wrote on his Instagram on Dec. 22. “Of course, anything boring is terrible, especially companies, so we decided to send something unusual, something that made us feel. The payload will be an original Tesla Roadster, playing Space Oddity, on a billion year elliptic Mars orbit.”

For good measure, he also added a dummy named “Starman” in a spacesuit.

The billion years might be an exaggeration if the car happens to hit something, but the Mars orbit turned out to be an underestimate.

Musk even included a message for any aliens who might steal the pricey automobile.

But he wasn’t the only one to get in on the fun. You can’t just launch a sports car into space, with a spacesuit-clad dummy behind the wheel, and not expect the internet to make memes. People were quick to capitalize on a live feed of the car as it makes its historic journey.

Me when I say I’m five minutes away pic.twitter.com/IcL42swdf1

bae: come over
me: can't i'm on mars
bae: but my parents aren't home
me:#SpaceX pic.twitter.com/auZ8trWe1a

Tried to tell my dad about #SpaceX , and he said I need to stop smoking pot

I’d like to think 2,500 years of math and science did that, but sure. #SpaceX pic.twitter.com/1R75u0vFVC

You need to see this Kiptin, it is some sort of alien wessel! #FalconHeavy #SpaceX #ElonMusk #Tesla #Starman #StarTrek pic.twitter.com/OBZysHA8HC

And more of the same:

Perceptions of Elon Musk on launch day vs every other day of the year pic.twitter.com/zEtix2n2HE 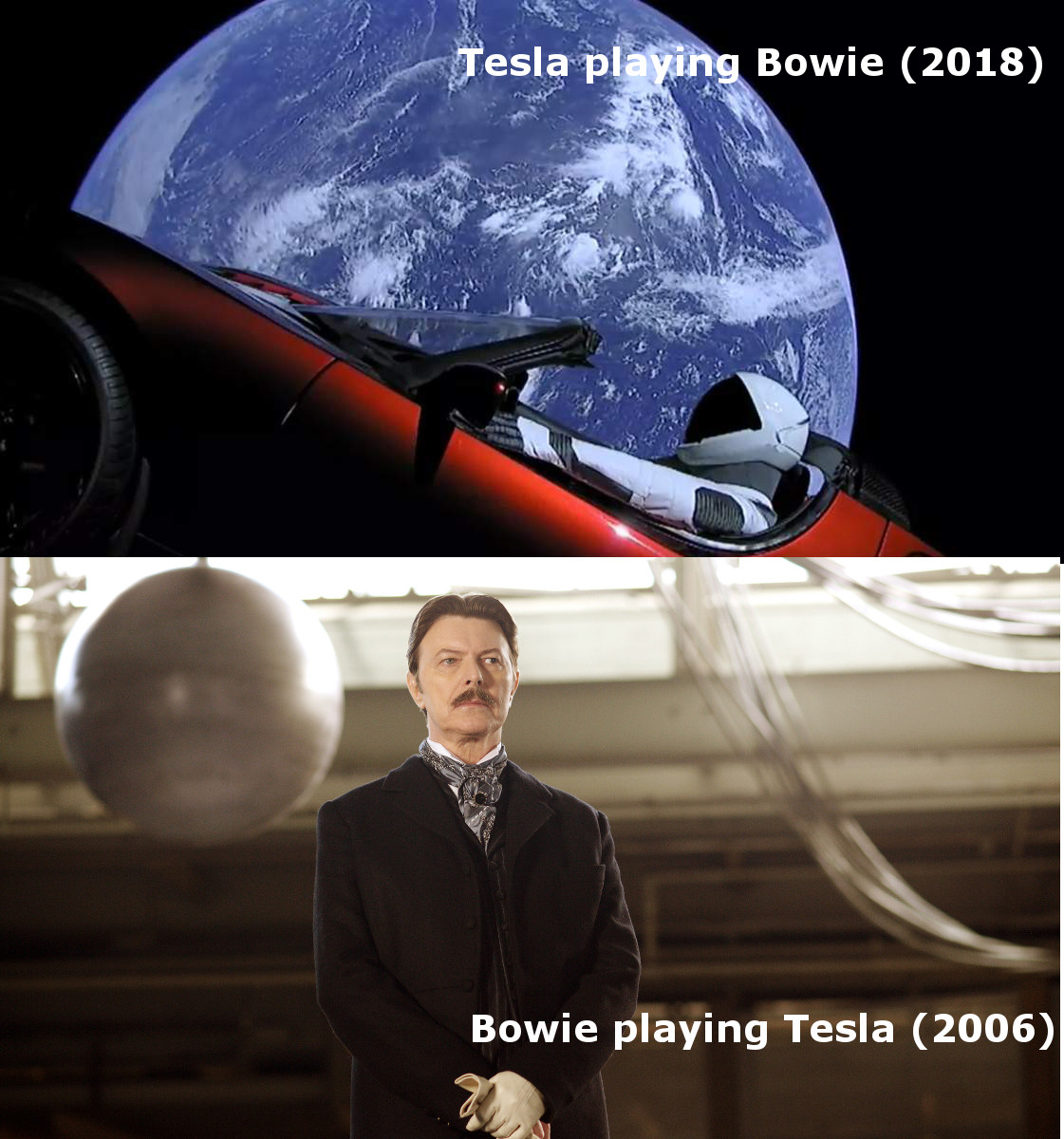 Stealing this: only thing that would have made #SpaceX #Spaceman flight better! pic.twitter.com/UH0MHBBnWz

It may seem lonely for “Starman” to be out there tooling around by himself in a shiny red sports car, but don’t feel too bad. There’s always the chance he’ll run into a few old friends.