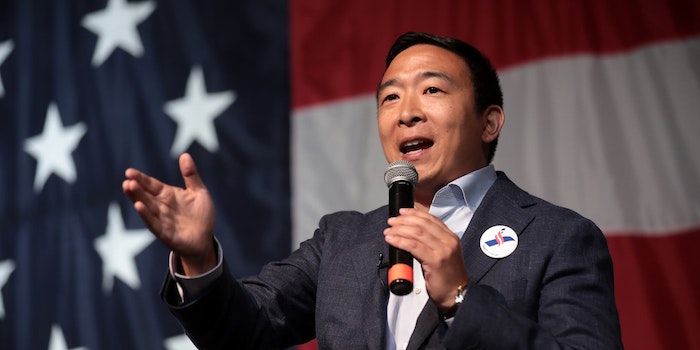 Yang advocated for data property during his 2020 presidential campaign.

Andrew Yang, the technology entrepreneur and former 2020 presidential candidate, announced the launch of a program on Monday that will advocate for internet users to be compensated for data collected by tech companies.