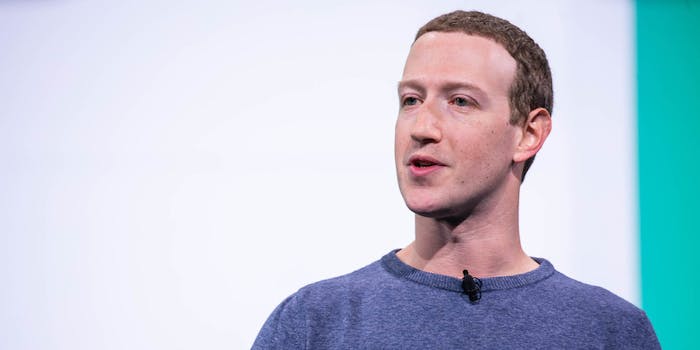 The company's policies around political posts and advertisements have been criticized.

2020 has been a stressful year, and with the presidential election coming up in just a few months, it’s likely not going to get any better.

Facebook, which has been taking heat for its decision not to moderate posts from President Donald Trump as other social media giants have, announced on Tuesday that it would allow for users to “turn off” political ads moving forward.

The company said users will be able to turn off all political ads from candidates, Super PACs, social issues, or anything that has a “paid for by” political disclaimer on them on both Facebook and Instagram.

It also admits that the “system isn’t perfect,” so users will be able to flag ads they think are political that might fall through the cracks.

“We’re rolling out this option in the U.S. to start, and we’ll aim to make it available in countries where we have enforcement on ads about social issues, elections, and politics later this fall,” Naomi Gleit, the company’s vice president of product management and social impact, wrote in a blog post.

Facebook’s inaction on Trump’s post isn’t the only political policy that it has faced criticism over. The social media giant’s policy for political ads has also drawn ire, as it essentially allows politicians to say whatever they want—even if they are lying—in ads.

Last week, former Vice President Joe Biden’s campaign blasted Facebook for misinformation on the platform and called for the company to “proactively stem the tide of false information by no longer amplifying untrustworthy content and promptly fact-checking election-related material that goes viral.”

The fact-checking Biden asked Facebook for would stretch to all political advertisements in the two weeks before the 2020 election.

The announcement on Tuesday about turning off political ads came as part of a larger “voting information effort” launched by the company, which aims to “help 4 million people register to vote” and give users information about the upcoming election.