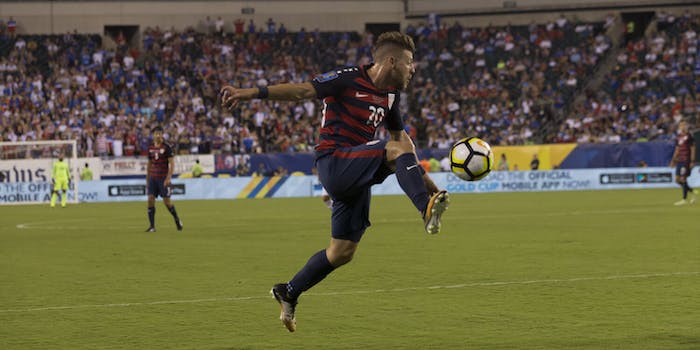 How to stream U.S. vs. Cuba in the Concacaf Nations League tournament

The U.S. continues its Concacaf Nations League group play by welcoming Cuba to the nation's capital.

The Concacaf Nations League is a new way to get Concacaf teams together for competition during the international break, and Concacaf’s tied World Cup qualifying to tournament performances, especially for teams who are trying to break into the coveted Hex tournament that winnows 41 Concacaf member nations into six World Cup hopefuls. In other words: the U.S. vs. Cuba match on Friday at Audi Field might look like a friendly at first glance, but there’s definitely more to it than that.

Here’s everything you need to know to live stream United States vs. Cuba, including what to watch for on the pitch.

The match is on FS1 and TUDN; the following services provide a one-week trial and therefore an easy way to watch Concacaf Nations League matches.

For the USMNT, this is a chance to test out some younger players. Sergino Dest was left off this roster as he contemplates whether to play for the U.S. (which he didn’t look entirely happy about in last month’s friendlies) or the Netherlands, but Brenden Aaronson could receive his first cap, Miles Robinson’s been brought back in to see if he can continue to impress at centerback, and Jackson Yueill’s part of this camp as well. Paul Arriola, who plays for D.C. United, will likely get some home field consideration as one of the many veterans making the roster this time around. And, of course, Christian Pulisic’s on the roster—he’s had a tough time even making the bench for Chelsea, so it’ll be interesting to see how that affects him physically and mentally.

While the Cuban team is comprised of players who mostly play club soccer in Cuba, midfielder Aricheel Hernandez plays with Panamian club Independiente (which you might recognize from Concacaf Champions League), while forward Luis Paradela plays with USL Championship side Reno 1868. Still, this should be a comfortable match … and a tune-up for the U.S.’s upcoming match with Canada on Tuesday in Toronto.