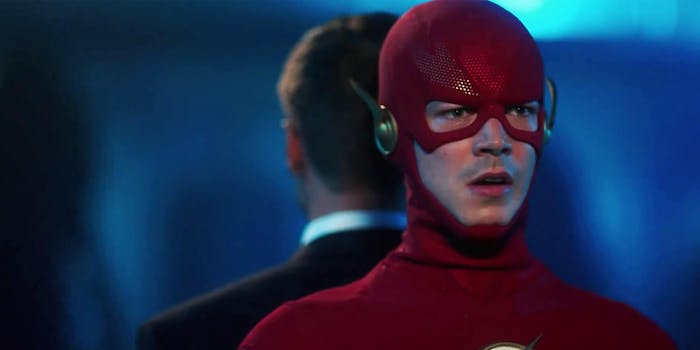 How to watch ‘The Flash’ season 6 online

Barry Allen once again sprints to the rescue.

No longer is The Flash relegated to being a punchline among his DC heroes brethren. Sure, Batman and Superman have movie franchises, but will they ever get to enter the exclusive pantheon of the CW heartthrobs? Unlikely: they’re much too old. Grant Gustin, however, is still in his prime, entering his sixth season as Barry Allen, aka The Flash.

Season 5 ended quite ominously, after a big fight with his nemesis Reverse Flash, and the death of a fan favorite. Plus, plucky detective turned police captain David Singh sleuthed out Barry Allen’s secret identity. Still, the monumental crisis that The Flash traveled through space-time to prevent is no longer landing in 2049: it’s happening in 2019. Talk about bad timing. As always, The Flash will kick-off with a bang when the series returns October 8.

Here’s everything you need to know to watch The Flash.

How to watch The Flash

How to catch up on The Flash episodes

If you’re looking for a place to catch up on older episodes of The Flash, there are a couple of solutions.

While it’s a season behind, you can watch seasons 1-5 on Netflix. You’ll definitely want to catch up on older episodes before diving into season 6.

You can catch up on select recent episodes of The Flash on the CW website. You can watch most of the episodes for free, so long as you don’t mind sitting through commercials. But after a new episode “expires,” you’ll need to sign-in using your credentials from one of the live TV services above to stream the episode on-demand.