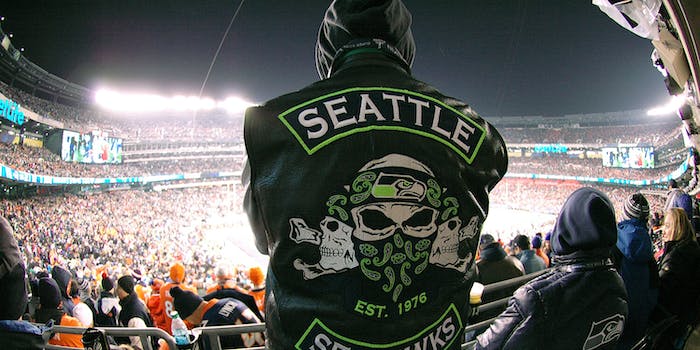 How to stream Seahawks vs. Rams on Thursday Night Football

Can the Rams bounce back against a strong Seahawks squad?

How good is this Seahawks team?

Though they haven’t played flashy football so far this year, the Seattle Seahawks are off to a 3-1 record. Though they have played some of the weakest teams in the league, you are who your record says you are, and that means the Seahawks and the Los Angeles Rams enter this game on the same footing.

The Rams have played some of the toughest competition in the NFL through four weeks, and are coming off of a stunning loss to a resurgent Tampa Bay squad that put up 55 points on Sunday.

The Rams’ offense, which has been a bit shaky all year, had a lot of problems in Week 4. Jared Goff turned the ball over 4 times. While it’s hard to put up rushing numbers when playing from behind, the pathetic 30-yard rushing performance from the Rams is also eyebrow-raising.

As the Rams will look to bounce back in this matchup, the Seahawks will try to continue piling up wins with their unremarkable but consistent game play.

Seattle beat a bad Cardinals team last week, just like they have beaten weak Bengals and Steelers squads in prior weeks.

An improved Chris Carson ran for 104 yards, bolstering a so-so Seahawks offense. Will Dissly’s play at tight end continues to impress: He seems to be good for 50 yards and a touchdown every week.

Russell Wilson’s numbers overall have been pedestrian, but the defense ensured they were more than enough. 4 sacks and a Jadeveon Clowney pick-six kept Kyler Murray rattled and ineffective.

While both teams are strong, they have glaring flaws. This game could come down to which team is best at hiding their weaknesses.

How to watch Seahawks vs. Rams online

Other ways to watch Seahawks vs. Rams online

Robert Woods, Wide Receiver: Though Cooper Kupp sometimes gets more (deserved) attention at WR, only 8 receivers sit between the two Rams wideouts on the scoring leader board.

Seahawks vs. Rams: Why it matters

Seattle had a better game than the Rams this week, but they played vastly different opponents. While Tampa Bay has a bad record, they have been in every game they’ve lost so far, right down to the wire. By contrast, the Cardinals look lost with Kyler Murray at the helm.

Both Seattle and Los Angeles have had so-so offenses through four weeks. Jared Goff hadn’t thrown for over 300 yards until last week and Russell Wilson is only averaging 285 through the air per game.

Though the Rams were a solid defense through Week 3, last week’s performance was abysmal. The once-vaunted Seattle D has been middling at best, despite flashes of brilliance here and there.

Overall, these are two soft 3-1 teams in a tough division also featuring an undefeated 49ers team coming off a bye week.

Neither team looks dominant, and both of them are going to want to stack up wins to better hide their nagging flaws as they each eye the NFC West crown.