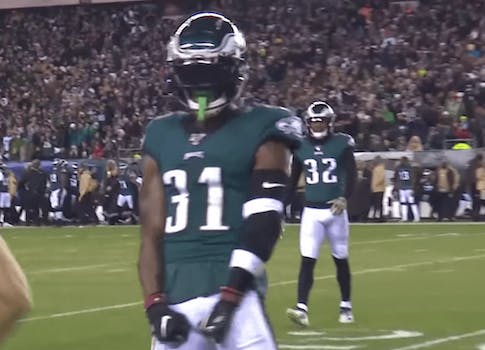 How to stream Seahawks vs. Eagles live

The Seahawks appear poised for the playoffs. The Eagles may be out of the picture with a loss on Sunday.

This season hasn’t gone as planned for the Philadelphia Eagles. An underperforming offense hampered by injury has put the team on the brink of postseason elimination just as they face the toughest stretch of their schedule. Last week, the Eagles faced the New England Patriots and lost 17-10. This week, they get the Seattle Seahawks.

Russell Wilson has had an amazing season, leading the Seahawks to an 8-2 record. Though the 49ers are still one game ahead of them in the NFC West, this is a team that feels destined for the playoffs. While the team started the year underperforming on both sides of the ball, Seattle is now in top form and shows no signs of slowing down.

Though this could be a close game, one of these teams keeps finding ways to win while the other keeps finding ways to lose. While Carson Wentz seems to have fewer weapons every week, Wilson finds new offensive players to depend on every week. Here’s everything you need to know to live stream Seahawks vs. Eagles, including what to watch for on the field.

There are a number of options for watching Seahawks vs. Eagles on streaming platforms that carry FOX. However, consult a coverage map to see what game your regional channel will be playing.

Seahawks vs. Eagles live stream: How to watch NFL online

Both Sling Blue ($25 per month) or Sling Orange + Blue ($40 per month)  include NFL Network and a number of sports channels—like three ESPN channels, FS1, FS2, and NBCSN—and it’s still a nice perk that Sling subscribers can order a la carte packages. Sling TV also offers a special Latino package for bilingual viewers. Sling TV is currently offering a deal where you can subscribe for 40% off the regular price for the first month of your subscription. That means Sling Blue would cost $15, and Sling Orange + Blue would cost $25. (Here’s a complete guide to Sling TV channels and our Sling TV review.)

Seattle Seahawks vs. Philadelphia Eagles: Why it matters

Right before its bye week, Seattle capped what has been an incredibly strong three-week stretch with a win against their previously undefeated division rivals, the 49ers.

Early in the season, Wilson had trouble connecting with his receivers, and seemed to win games by sheer force of will. (And dependence on now-injured safety blanket tight end Will Dissly.) In recent weeks, Tyler Lockett and D.K. Metcalf have developed into one of the most reliable receiving tandems in the league.

At the same time, running back Chris Carson has grown to the point that you can almost guarantee that he will flirt with 100 yards on the ground every game.

Even though Seattle’s defense has been uncharacteristically weak, dropping down to 22nd in Defensive DVOA, Russell Wilson and his offense just keep winning.

The opposite has been true for Philadelphia. Despite developing into a top 10 defense as the season has gone on, the Eagles have put themselves on the brink of playoff elimination. The biggest problem has been a lack of receiver depth for Carson Wentz. That’s been exacerbated by persistent injuries across Philadelphia’s offense.

Against good teams, this offense has consistently failed to keep up. The Eagles have lost three of their last six games, and in those losses, they’ve averaged less than 15 points per game. If you look at their box score, tight end Zack Ertz or running back Miles Sanders often end up leading the team in receiving yards as Philly is fielding one of the worst receiving corps in the league.

With a strong Cowboys team ahead of them in their division and tough competitive NFC North and NFC West, the Eagles can’t lose many more games and keep their postseason hopes alive. The Seahawks may be second in the NFC West, but they positioned to make noise in the playoffs, either as a wild card or as a division winner. Look for Philly to notch another loss against this surging Seahawks squad.