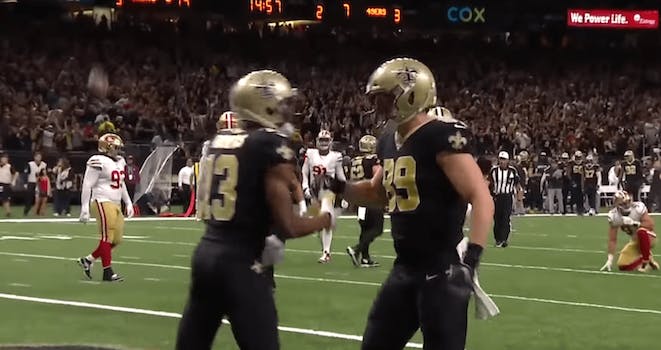 How to stream Saints vs. Colts on Monday Night Football

It's full steam ahead for the Saints.

If the Indianapolis Colts’ season wasn’t already over, this game against the New Orleans Saints would be the nail in the coffin.

For much of the season, the Colts looked like they might be the feel-good story of the year. After the sudden retirement of Andrew Luck, Jacoby Brissett stepped into the starting quarterback job, and things began well. Indy started the year 5-2, and Brissett has proven to be starting caliber, if not the player that Luck was.

But then, more injuries kept coming. Marlon Mack missed time. T.Y. Hilton got injured. Even kicker Adam Vinatieri has been sidelined. At a certain point, there is a level of attrition no team can overcome, no matter how great an underdog story it would be.

By contrast, things have gone right for an extremely talented Saints squad. Though New Orleans lost Drew Brees early in the season, backup Teddy Bridgewater kept the team afloat, and the veteran came back in top form. Michael Thomas and Alvin Kamara have been healthy, and their supporting cast on both sides of the ball has stayed mostly intact.

Despite their narrow shootout loss to the 49ers last week, the Saints look poised for a deep postseason run while the Colts look like they will narrowly miss the playoffs. Here’s everything you need to know to live stream Saints vs. Colts, including what to watch for on the field.

Saints vs. Colts live stream: How to watch MNF online

Expect the Saints to beat down this depleted Colts team.

Once a tough team for anyone to play, Indy has become a shadow of themselves, losing three straight. Most recently, the Colts lost to the lowly Buccaneers. In that game, the mediocre Bucs D limited Marlon Mack to just 38 yards on the ground and Marcus Johnson and Zach Pascal outperformed the other Colts’ receivers. Though Pascal has had a nice season, the Indy receiving corps isn’t exactly packed without household names and is light on game-changing talent.

The defense didn’t fair any more impressively. The middling unit only sacked Jameis Winston once.

Even in a rare loss, the Saints looked great last week. New Orleans got into a shootout with the 49ers in what may have been a matchup of the league’s two best teams. The Niners won on a last-second field goal, but it easily could have gone the other way. Drew Brees threw for five touchdowns. Michael Thomas racked up 134 receiving yards. On a quiet day for Alvin Kamara, Latavius Murray averaged almost 10 yards per carry.

On defense, Craig Robertson had five tackles and an interception while Vonn Bell notched eight tackles.

In every game, new stars emergy in New Orleans who find new ways to control the game. Yes, the 49ers beat them, but if they match up again in the NFC Championship game, it could easily go the other way.

The Saints won’t have this kind of trouble this week though. Expect  New Orleans to steamroll the Colts.

According to William Hill, the Saints are 9-point favorites.