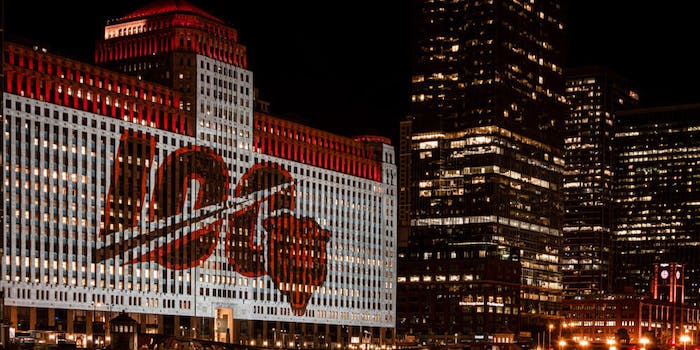 How to stream Saints vs. Bears in Week 7

The resilient Saints face a tough defensive matchup in Chicago.

This could actually be a tough matchup for the New Orleans Saints. The Saints have gotten by in Drew Brees’ extended absence by playing tough defensive football. Two of their last three games have been all about limiting the opposing offense while scoring enough to squeak by. And when the Chicago Bears have found success, they have taken the exact same approach.

Though they aren’t statistically a top unit, New Orleans has found success at all levels of their defense. Cornerbacks Marshon Lattimore and Eli Apple have had great games in the secondary. Additionally, the defensive line has consistently gotten pressure on opposing quarterbacks: They had six sacks against Tampa Bay two weeks ago.

On offense, the Saints have been fine. Of course they miss Brees, but Teddy Bridgewater has been good enough to create opportunities for Michael Thomas and Alvin Kamara. Bridgewater isn’t the kind of quarterback who can make stars out of the lesser offensive players, but he has filled in admirably.

The Bears backup may also be starting in this game, as Chase Daniel has filled in for Mitch Trubisky for several weeks. Chicago doesn’t look markedly different with Daniel playing or Trubisky under center. Both signal callers are middling and are probably about the equals of Bridgewater.

Chicago’s skill players, however, aren’t is good as the Saints’. David Montgomery has been fine as a leading back but not special. Allen Robinson is a good No. 1 receiver but not as impressive as others in the league. Besides these two players, the Bears have one of the worst offenses in the NFL.

On defense, however, the Bears are awesome. They’ve bottled up elite backs like Dalvin Cook, and they are good at getting to the quarterback. The linebackers, led by Roquan Smith and Khalil Mack, are the class of the league. When you put all of this together, you get the No. 5 defense by DVOA.

This feels like a close match. Chicago is better on defense, but New Orleans has more talent on offense. But the Saints have the edge here because they just seem to be able to win no matter the circumstances this season.

There are a number of options for watching Saints vs. Bears on streaming platforms that carry FOX. However, consult a coverage map to see what game your regional channel will be playing.

Michael Thomas, wide receiver: The Bears are really good against the run, so Thomas may be the focal point of the Saints offense this week.

Allen Robinson, wide receiver: This offense is not very good, and against a good defense, Robinson may be the only Bears player worthy of starting in some leagues.

New Orleans Saints vs. Chicago Bears: Why it matters

Both of these teams are in competitive positions in their divisions. The Bears are fighting their way through what might be the best division in the NFL, the NFC North. New Orleans has a little less competition in the NFC South, but the Panthers have kept pace with them so far.

The Saints have the edge here, but there isn’t as much distance between the talent on these two squads as you might think. Given that the Bears are at home and Alvin Kamara wasn’t himself last week, Chicago could keep pace with New Orleans.

So odds are this will be a hard-fought and potentially low-scoring affair, and whoever comes out on top likely has a tough battle ahead. We like the Saints to escape with another win here, but it might not be easy.