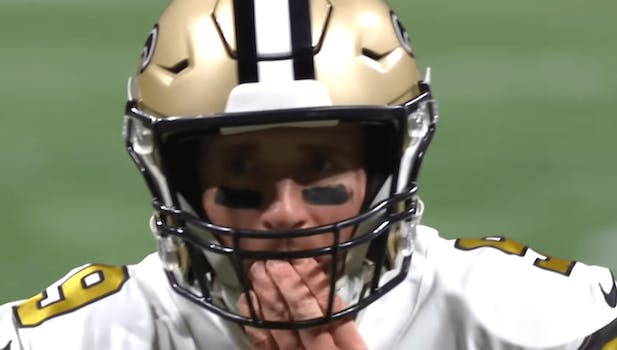 How to watch Saints vs. 49ers live

Two of the NFL's most complete teams clash in a likely playoff preview.

It’s the surprise of the NFC versus the most dependable team in the conference.

The New Orleans Saints face off against the San Francisco 49ers on Sunday, in a matchup that could be a preview of the NFC Championship Game.

Outside of one loss to its division rival in Atlanta, the Saints have not lost this year when Drew Brees is playing quarterback. Brees has often been undermined in the past by weak defense and aging offensive weapons, but this year, he has a supporting cast to support his talents. In particular, Alvin Kamara and Michael Thomas have been two of the top offensive players in the league throughout the season.

San Francisco hasn’t had an explosive an offense as New Orleans, but late in the season, Jimmy Garroppolo has come into his own, forging a strong connection with receiver Deebo Samuel. And of course, the top-ranked 49ers defense has remained dominant week after week.

Along with the Seattle Seahawks, these two teams are the class of the NFC. While the 49ers are still fighting it out with the Seahawks for the top seed in the NFC West, there isn’t much at risk for the Saints in this game. But, nonetheless, fans around the NFL will be watching this game closely as a preview of where the true strength in the NFC lies. Here’s everything you need to know to live stream Saints vs. 49ers, including what to watch for on the field.

There are a number of options for watching Saints vs. 49ers on streaming platforms that carry FOX. However, consult a coverage map to see what game your regional channel will be playing.

Saints vs. 49ers live stream: How to watch NFL online

New Orleans Saints vs. San Francisco 49ers: What to watch for

With the seventh-ranked defense and the fifth-ranked offense, the Saints are the most complete team in the NFL. It’s hard to find something they do poorly.

The terrifying thing about the Sean Payton-coached Saints is that they continue to find ways to get better. Payton’s special project,  trick-play backup quarterback Taysom Hill, keeps finding ways to make plays. Last week, he blocked a punt; it was a highlight in a week where the offense put up so-so numbers, but the defense and special teams shined. Cameron Jordan had four sacks and Shy Tuttle had a big interception capped with a nasty stiff-arm on Matt Ryan.

The only criticism Saints beat writers have had recently is the poor performance of the hands team on onsides kicks. If that’s your only complaint, you don’t have much to complain about.

Though they took a few games to find their footing offensively, the 49ers are now threatening the Saints as the most well-rounded squad in the league. Currently, they rank ninth on offense and second on defense.

San Francisco is coming off a tough loss to the Ravens, but they too continue to find ways to improve. In addition to the emergence of Deebo Samuel as a pass-catcher, Raheem Mostert has become a huge rushing threat, gaining 146 yards on the ground last week.

Defensive players who aren’t household names continue to make an impact as well. Linebacker Fred Warner and safety Marcell Harris were the standouts last week on a unit that features players like Nick Bosa, DeForest Buckner, and Richard Sherman.

Both of these teams feel destined for decent post-season runs, and may well meet up again in the NFC Championship game. While many will be watching this game closely for playoff seeding, it may also give us a glimpse at which of these teams can make a Super Bowl run.

The oddsmakers at William Hill have the Saints as 2.5 point favorites.