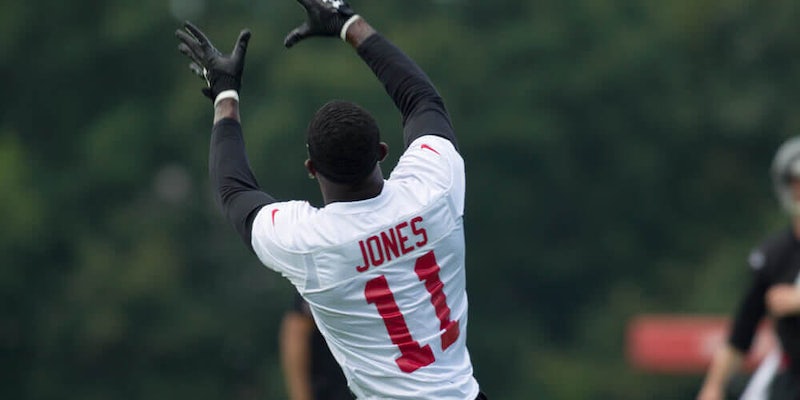 How to stream Rams vs. Falcons in Week 7

The Rams will look to rebound against a lost Falcons team and a frustrated Matt Ryan.

This Los Angeles Rams team has got to get it together. Luckily, they are playing the Atlanta Falcons.

LA just hasn’t been the same this year. An offense that looked unstoppable last season has become somewhat vanilla. And a defense that struck fear into the hearts of offensive coordinators last year has proven beatable. Sean McVay is going to have to use some of his celebrated creativity to get back on top.

The problem on offense has been twofold. Firstly, Jared Goff is having a bad year. Secondly, his offensive line can’t protect him. Sacked four times last week, Goff has looked rattled and inconsistent this season.

However, Aaron Donald continues to lead a strong defense. Last week against a good 49ers team, he had two sacks, seven tackles, and a forced fumble. But the D has had some off weeks this season, and the secondary has been beaten in a few really bad outings, showing their age. This defensive unit is good but not great, and good may not be good enough in the NFC West.

Of course, the Rams still do a lot well, with a very good receiving corps and No. 11 defense by DVOA. So let’s talk about a team that doesn’t do much of anything well: the Falcons.

Matt Ryan has been a bright spot for this Falcons team. He’s averaging 335 yards a game, for instance, and he isn’t turning the ball over as often as other signal callers on losing squads. In the narrow loss to the Cardinals last week, Ryan had a nice stat line of 356 yards, four touchdowns, and no picks.

What Ryan has surrounding him on both sides of the ball, however, is a real problem. The secondary has been injured and awful. Last week, they gave Kyler Murray his best week in the NFL, and this has been a trend. Atlanta consistently allows opposing QBs their best games of the season.

Atlanta is also last place in sacks across the entire league, and the team is bottom-10 in interceptions. Starting running back Devonta Freeman is only averaging 45.8 yards per game. Even the kicking has been bad. As a result, this is looking like a lost season for the Falcons.

The Rams aren’t perfect. We know that after watching them drop two straight to division opponents. But they should be able to beat a Falcons team that is good at little besides tormenting their own quarterback.

There are a number of options for watching Rams vs. Falcons on streaming platforms that carry FOX. However, consult a coverage map to see what game your regional channel will be playing.

All wide receivers: Last week was a tough one for fantasy owners invested heavily in this passing attack. However, don’t let one bad game scare you. It has been tough to figure out who is the top option in LA this year, but if you have Cooper Kupp, Brandin Cooks, or Robert Woods, they are starting this week. Even if Jared Goff hasn’t been great, his receivers are still putting up yards.

Austin Hooper, tight end: Hooper has been an excellent fantasy option all season, and the Rams D isn’t quite what it once was. Expect Hooper to continue on his 80 yards per game pace and maybe get in the end zone.

Los Angeles Rams vs. Atlanta Falcons: Why it matters

Following two dropped games in a row in their competitive division, the Rams need to beat up on some bad teams to get right. This is a good opportunity, and with the Bengals and Steelers in the next three weeks, this two-game skid could soon be a distant memory.

If LA drops any of these games, however, they could start to fall out of the conversation in what might be the NFL’s best division.

Meanwhile, for Atlanta, the rest of this season is about figuring out if this roster’s Super Bowl window has closed. While Matt Ryan is still playing at a high level, this team is far removed from the championship contender it was a few years ago.

Ryan is 34, so he will probably be around for one more rebuild. They will have to make it count. The era of Dan Quinn as head coach may be coming to an end.

In short, don’t expect the Falcons to turn things around this week. Despite their flaws, the Rams ought to get back on track with a solid victory here.