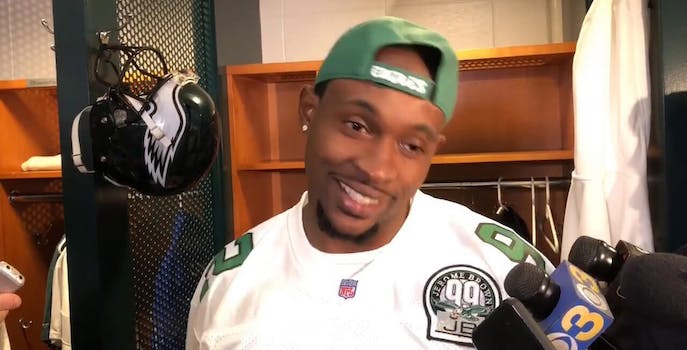 How to stream Eagles vs. Vikings in Week 6

Two up-and-down teams will try to find consistency as they square off in Minnesota.

In the NFL, it’s not enough just to be good—you have be good every week. No teams have been as uneven as the Minnesota Vikings and the Philadelphia Eagles during the first five weeks. When these teams play well, they look unbeatable. When they play poorly, they look like a train wreck.

Philadelphia was plagued by injuries to start the season, so maybe the commanding team we’ve seen for the last couple of weeks is the real Eagles. In subsequent weeks, Philly pummeled the Jets and handed the Packers their only loss. Maybe they can keep that momentum going during this week’s game.

During both games, the offense was spread around to a number of key weapons. In the receiving game, Alshon Jeffery and Zach Ertz have been effective. Jordan Howard and Miles Sanders are proving to be a solid rushing platoon. There aren’t break-out offensive stars on this squad, but they have enough talent to win.

The defense has been less convincing, however. Philadelphia only managed three sacks in their first four games, and while they racked up a whopping 10 last week, that was against the Jets. The Eagles have struggled to rush the passer overall, and in the secondary, the cornerbacks are a particularly bad position group.

But Minnesota isn’t perfect either. While they have two standout players in Adam Thielen and Dalvin Cook, Kirk Cousins sometimes struggles to get this offense going at all.

The Vikings attack worked very well against the Giants last week, as Cook got over 200 total yards and Thielen caught seven balls for 130 yards. However, just one week earlier, Cook had only 35 yards and Thielen was held to a paltry six.

It isn’t all on Cousins, though. The offensive line has been bad week in and week out, so if they can’t protect a streaky QB like Cousins, things can go south really fast.

This Vikings defense is also tough to figure out. Against bad teams and young quarterbacks, they get pressure. Though better teams and veterans seem to be able to hold them off.

It’s tough to call who has the advantage here, since both teams vary wildly depending on the week. We’ll give the edge to the Eagles because it seems like they are improving consistently, but maybe another game will change the narrative yet again.

There are a number of options for watching Eagles vs. Vikings on streaming platforms that carry FOX. However, consult a coverage map to see what game your regional channel will be playing.

Jordan Howard, Running Back: Though a lot of players get involved in the Eagles offense, Howard, tight end Zach Ertz, and receiver Alshon Jeffery are the only fantasy-worthy constants. Miles Sanders also deserves a look as a flex depending on your options.

Adam Thielen, Wide Receiver: Everyone is starting Thielen and running back Dalvin Cook every week, but it’s tough to find anyone else on this squad who is a consistent fantasy option. Even Stefon Diggs has been at the mercy of Kirk Cousins’ inconsistent play this season.

Philadelphia Eagles vs. Minnesota Vikings: Why it matters

We’re still not sure who these teams are.

As squads like the Jets and Dolphins sink to the bottom while the Chiefs and Packers rise to the top, a few teams are still figuring out how their season will unfold. The Eagles and Vikings are two such teams.

This game should help clarify if either of these squads can hope to compete with the top teams in their division. Can the Eagles generate enough offense to hang with the Cowboys? Can the Vikings defense match up against Green Bay?

It’s hard to say how this game will go until we see which version of Cousins takes the field and if this Eagles team has really figured out how to rush the quarterback.

Since these are evenly matched teams on paper, you would expect this to be a close game. But if these early weeks of the season have taught us anything, it’s that with the Eagles and the Vikings, you should just expect the unexpected.