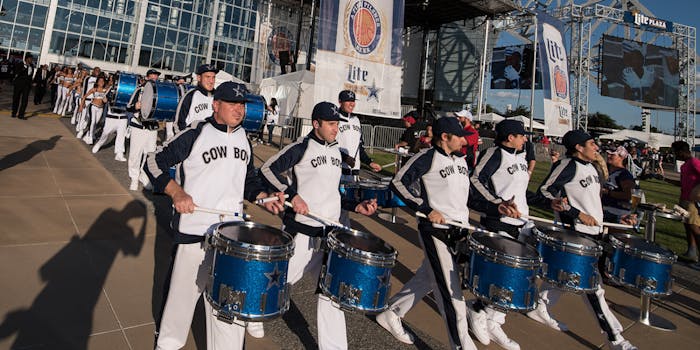 How to stream the Cowboys vs. Packers NFL Week 5 game

It’s hard to bounce back from a tough loss, but that’s what both of these teams need to do this week.

Before Week 4, the Dallas offense looked unstoppable. Then, the Saints stopped them. Sean Payton’s team held the Cowboys to 257 yards of total offense. The game felt out of character from start to finish, from Amari Cooper’s quiet day to Ezekiel Elliot’s 1.9 yards per carry.

The Cowboys should bounce back this week, and even in the loss, there were positives. The defense continues to look sharp in Dallas. The ‘Boys still managed five sacks and a pick against the Saints offense.

A 12 point game is disconcerting when this Dak Prescott-led offense has put up at least 30 in every other game. But, that also tells us this game was probably something of a fluke.

Green Bay has more persistent weaknesses despite their strong performance overall. The Packers running game has stalled in three of the first four weeks, and their receiving corps is shallow.

Aaron Rodgers still managed to throw for 422 yards in the loss, but his devastating late-game pick demonstrated that his lack of weapons is forcing him to make throws he doesn’t want to.

On the defensive side of the ball, the Packers had an off game against the Eagles. The 7th-ranked squad didn’t come away with a sack or a pick against Carson Wentz. Despite a bad game, they are still a great unit overall.

As the Packers figure out their new offense, they have been a defensive team. Dallas has sailed to victories thanks to their offensive production. With their key units failing last week, how will they adjust in Week 5?

This is a matchup of two the best teams in the NFC and how these teams adjust as the season goes on will us a lot about which squad can expect to go further into the postseason.

There are a number of options for watching Cowboys vs. Packers on streaming platforms that carry FOX. However, consult a coverage map to see what game your regional channel will be playing.

Blake Jarwin, Wide Receiver: If Michael Gallup is out for one more week, then it’s time to trust Jarwin. Even in a defensive struggle, he put up decent numbers. It is time to trust that he has emerged as the clear second choice after Amari Cooper as long as Gallup misses time.

Davante Adams, Wide Receiver: We have recommended various other Packers pass catchers in previous weeks, but we are tired of guessing. Though Rodgers puts up big numbers, his targets outside of Adams are inconsistent. The Packers’ number-one option might be the only guaranteed skill player to start on this squad.

Dallas Cowboys vs. Green Bay Packers: Why it matters

Either of these teams could lose this game and make the playoffs, but both squads want more than just a postseason berth.

Yes, the Cowboys and Packers both lost last week, but there is no team in the NFC that looks better than they do. Only the 49ers remain undefeated in the conference, and Dallas and Green Bay look like they could handle Jimmy G.’s squad if needed.

Though we are still in the early weeks of the season, this game could come back to haunt the loser. It’s not hard to imagine this game determining home-field advantage in the NFC.

Expect this game to be hotly contested, coming down to which team can improve their weaker unit most. Can the Dallas D continue to serve as an asset and not a liability? Will Green Bay’s offense continue to improve?

We’ll find out the answers to these questions and more in one of the best matchups of Week 5.