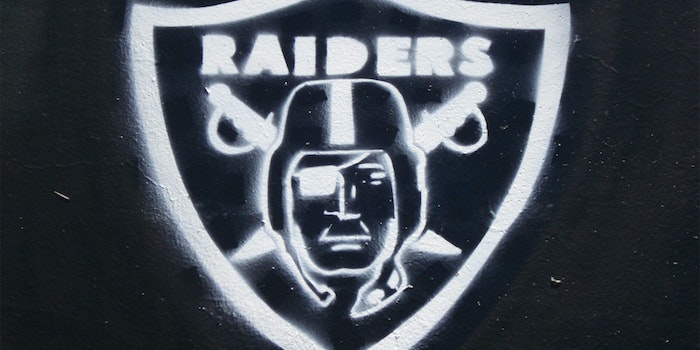 How to stream Bears vs. Raiders in NFL Week 5

Which flawed team will capitalize on a strong Week 4?

One good week can change everything—but it can’t fix all of your problems. Both the Chicago Bears and the Oakland Raiders have had big problems so far this season. Quarterback play has been subpar for both teams, for instance. Then, the rest of the Bears offense has been unproductive, and Oakland’s defense can’t stop anything.

But, even with their deficiencies, both teams sit at second place in their divisions after a quarter of the season.

There is no denying that the Bears have a great defense. The top-five unit is holding teams to an average of 12 points per game, for example. Despite key injuries, the Chicago D got to Kirk Cousins a six times while also holding the Vikings to just 40 yards on the ground.

Offense in Chicago, however, is a problem. Mitch Trubisky struggled, then ends up sidelined with an injury. Chase Daniel got the Bears a win, but he only threw for 195 yards. If the Bears defense isn’t dominant, then it is hard to imagine that being enough to win.

In Oakland, however, Chicago isn’t facing a complete team. The Raiders have not been able to generate a passing attack: The team signed Antonio Brown for a reason. Oakland’s No. 1 passing option is tight end Darren Waller, who has been impressive, but he can’t do it by himself.

On defense, the Raiders are good enough. The team will miss Vontaze Burfict, who has finally been suspended for dirty play. While the unit played fine against the Colts, they couldn’t generate a sack and gave up plenty of yards along the way. In fact, the team has struggled to generate pressure all season.

As a result, the edge here goes to the Bears, who have been dominant on defense. Otherwise, with both teams, you really don’t know what you’re going to get from week to week.

There are a number of options for watching Bears vs. Raiders on streaming platforms that carry FOX. However, consult a coverage map to see what game your regional channel will be playing.

While select Football games are no longer on Sling, you can still catch them with AirTV.

Allen Robinson, Wide Receiver: Last week, fantasy owners breathed a sigh of relief as Chase Daniel was still able to get Robinson to seven catches for 77 yards. While No. 1 wideouts sometimes disappear when backups step in, Daniel seems to have a connection with Robinson.

Darren Waller, Tight End: So far, Waller has been the only constant for the Raiders passing attack. Likewise, he should continue to be a go-to option as Derek Carr feels the pressure of the Bears D. In short, if he has to dump the ball off quickly, Waller is a likely target.

Chicago Bears vs. Oakland Raiders: Why it matters

Mediocre offensive teams like the Bears and the Raiders need every win they can get, since it’s hard to imagine either team winning a shootout against the league’s best offenses. As a result, for both teams, this is something of a must-win.

While the Packers look more in sync with each passing week and the Chiefs continue their AFC dominance, the playoff hopes for these teams will likely run through the wild-card round.

One game often makes the difference between a wild-card berth and staying home in January. This feels like one of those games.

If the Bears defense plays up to its usual level, Derek Carr may struggle to get his offense going. However, if it comes down to a ground battle between the Bears’ David Montgomery and the Raiders’ Josh Jacobs, we give the edge to Oakland.

Since this could be a low-scoring game, we won’t guarantee you’ll find it exciting, but this matchup between two fairly even teams could come down to the wire.