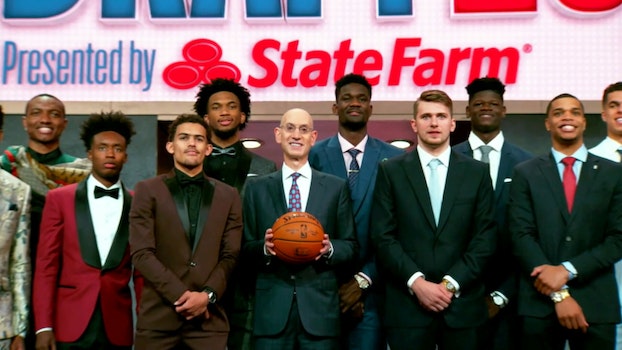 How to watch the 2019 NBA Draft online for free

The next generation of NBA stars will take center stage.

You don’t need to tune into the 2019 NBA Draft to know the New Orleans Pelicans will select Zion Williamson, perhaps the most-hyped prospect since LeBron James. But after that, things should get interesting. Will the Pelicans flip the no. 4 pick it just acquired from the Lakers in the blockbuster Anthony Davis trade? Will the Hawks be able to package its two lottery picks in hopes of moving up in the draft, and who will the Spurs—always one of the better teams when it comes to finding obscure talent—select with its two late first-round picks?

Here’s everything you need to know to watch the 2019 NBA Draft for free.

What time is the NBA Draft?

The draft starts on Thursday, June 20 at 4 PM PDT.

What channel is the NBA Draft on?

The NBA Draft will air live on ESPN.

How to watch the 2019 NBA Draft for free

ESPN is available on a handful of the major live TV streaming services. When trying to decide which one is best for you, you’ll want to weigh the cost, the other channels you’ll receive, and the compatible devices for streaming. Thankfully, no matter which service you pick, you’ll start with a one-week trial, so you can watch the 2019 NBA Draft for free.

For a more à la carte service, look to Sling TV. It offers two cable packages, Sling Orange and Sling Blue, both of which cost $25 per month. ESPN is only available on Sling Orange packages. If you grab them both (Sling Orange + Blue) you can save $10 per month. Sling Blue offers more bang for your buck with over 40 channels, including sports necessities like FS1, NBCSN, and NFL Network. You’ll also gain access to the usual cable mainstays like Food Network, Discovery, Cartoon Network, SYFY, and FXX. Here’s the complete guide to Sling TV channels.