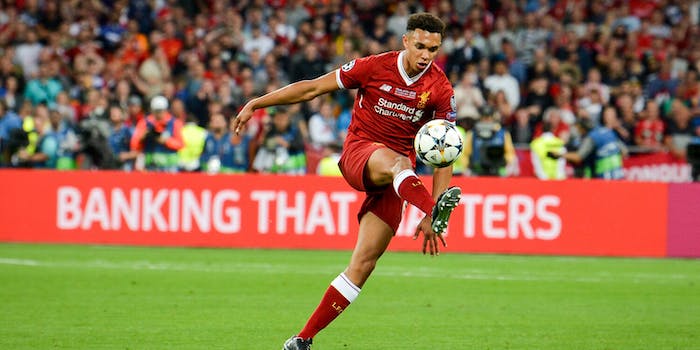 How to stream Liverpool vs. Wolves live

Wolves have the last chance in 2019 to spoil Liverpool's unbeaten season.

Liverpool kept its unbeaten season going on Boxing Day with a 4-0 dismantling of Leicester City, and will attempt to keep its momentum in the Premier League holiday fixtures when Wolves come to town on Sunday after a very short turnaround after a wild 3-2 win over Manchester City on Friday.

Here’s everything you need to know to stream Liverpool vs. Wolves live.

Sling TV provides two base channel package options, each priced at $30 per month. Sling Orange includes three ESPN channels, while Sling Blue includes sports channels like NBCSN (where many Premier League matches appear), NFL Network, and local channels. (Sling Blue customers in select markets get NBC, where some matches appear; see if yours has it here. Sling Blue also brings Fox News Channel, MSNBC, and Headline News as part of its regular slate of channels, with Foc Business Channel available for those who get the Sling Blue News Extra add-on.

Liverpool (Last 5 Premier League matches: WWWWW) got three goals in the space of eight second-half minutes to transform a tight match against Leicester into a rout. It was the team’s first match back in Premier League action since winning the FIFA Club World Cup in Qatar last weekend with victories over Monterrey and Flamengo.

Trent Alexander-Arnold’s screamer of a goal was an exclamation point on the match, and further gave the impression that no one’s going to defeat this Liverpool team in the Premier League this season. Even in the grind of a 38-match season, this squad has a special look about it.

Wolves (Last 5 Premier League matches: WDLWW) found themselves in one of the wildest matches of the year Friday. Despite City goalkeeper Ederson being sent off early, and the Sky Blues replacing Sergio Aguero with fill-in ‘keeper Claudio Bravo, Raheem Sterling got two goals, with one coming on a controversial missed PK sequence. But Wolves roared back in the last 35 minutes, with Matt Doherty getting the 89th-minute game-winning goal.

The William Hill oddsmakers have Liverpool as big favorites and Wolves as even bigger underdogs. Liverpool is a -380 favorite (wager $380 to win $100), while Wolves are a +1000 underdog, with a draw bringing +490 odds.