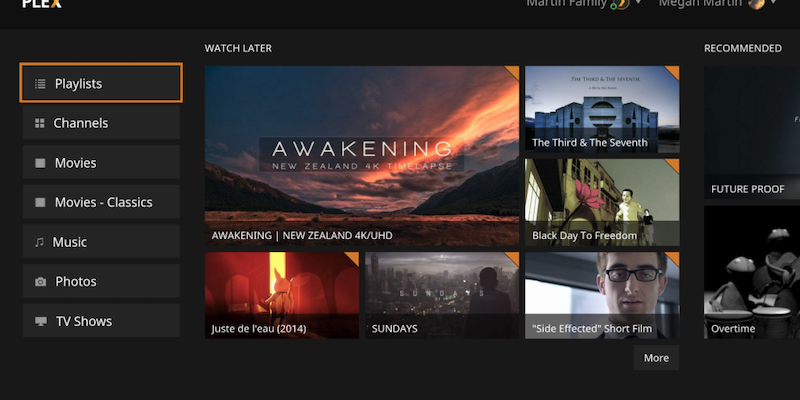 Looking for a better way to organize your digital media library?

Digital media makes it easier than ever to build a massive collection of easily portable content, but accessing that content in a useful manner is another problem altogether. When you’ve built up a large library of files, you need a media center to organize and use them, and Plex media server has been on the job for almost 10 years.

Beginning as a simple way to play files, Plex has evolved into an all-purpose media solution. Whether you want to stream MP3s or watch live TV, Plex has a use in your everyday life. Setting it up may seem difficult at first, but it’s far easier than you probably think it is. The Plex Media Server can run on Windows, macOS, and even Linux. It’s what’s used on the backend to organize your personal collections of music and videos, and it can support up to 4k resolution. You’ll use the Plex app to actually manage and access your media library, either locally or from a remote computer running the Plex Media Server. That might sound complicated, but we’ll break it down in simpler terms.

Getting started with Plex Media Server

The first step is setting up your home server, which just involves downloading the Plex Media Server (PMS) app onto your home computer. It doesn’t matter if you use PC, Mac, or Linux, Plex has you covered. Once you’ve downloaded PMS, install the program and follow the app’s simple set-up instructions. This process will help Plex locate the files you’d like to stream off your computer.

This step requires a desktop for premium efficiency. You’ll want to be able to access this content at all times, and if you’re always turning your laptop on and off, that won’t be possible. Streaming from the Plex Media Server requires your server to be connected to the internet when you want to access your content.

When organizing your files for Plex to access, keep them separated by type. Save movies in a Movies folder, TV shows in a television Shows folder, etc. You can find information about how to name your files to get the most out of Plex from its site.

Beyond streaming your own files, Plex gives you access to a wide range of streaming channels. While Plex’s channel selection pales in comparison to Kodi’s and it features far less legally questionable material, the collection still includes many great content providers. CBS, Comedy Central, NPR, PBS, Pitchfork.tv, South Park, and other official channels will keep you busy for weeks when you run out of media on your computer.

When it comes to your own media, Plex has handled virtually any file format you throw its way, from Hi-Fi music to 4k video formats. As long as your Plex server is running, you’ll be able to stream your content on any device that supports Plex, including mobile devices that run iOS and Android. Your content is organized for you so you can jump right into your collection without have to search. The service will even fill in the details for you, supplying bios and art for your collection once you’ve connected.

If you leave the house while streaming a video on Plex to your TV, you can pick where you left off on your mobile device or whenever you get home. Plex will remember where you stopped. The service will even optimize your media to play on whatever device you’re using, giving you seamless streaming whether you’re on your phone or your Xbox.

Families and close friends will also enjoy Plex’s shared libraries, effortlessly connecting your social circle’s media into a massive library of content if you so wish.

How much does Plex cost?

Plex is free, but some of its standard features require some money. If you want to watch your media on your phone, you’ll either need to pay a one-time activation fee or subscribe to Plex Pass.

What is Plex Pass?

Plex Pass is a subscription that unlocks all of Plex’s remarkable features for a nominal fee. Here’s how pricing breaks down: You can pay $4.99 a month, $39.99 for a year, or if you’re a diehard fan, $119.99 for lifetime access.

With Plex Pass, you get all of the great features listed above and don’t need to pay again to activate your mobile device for streaming. Also, Plex Pass unlocks a whole new host of features. Watch and record live HDTV from your digital TV tuner using Plex as a DVR.

With Plex Pass, you can also create different user accounts, giving you the power to restrict your children’s access to adult content and stopping your significant other from losing their place in your favorite show when they start watching. A Pass membership also brings advanced music features to your collection, providing you with Spotify-like smart mixes of your library, lyrics, artist bios, and more.

The real selling point, however, is the offline mode. Standard Plex service requires your server to be on at all times to connect. Plex Pass lets you sync movies, music, and photos to a cloud storage provider, so even if your server at home is offline, you’ll still be able to access your favorite media on the go. You can access cloud sync content on any of your favorite Plex supporting services.

What do I do once my server is set up?

You’re officially ready to watch. Download the Plex app for your favorite media service. Plex is supported by Amazon Fire, Android, Android TV, Chromecast, iOS, Roku, smart TVs, TiVo, Windows, Windows Phone, Xbox 360, and Xbox One. Look in the app store for your hardware, download the app, and follow the connection instructions. Your computer’s media library should now be available wherever you go.