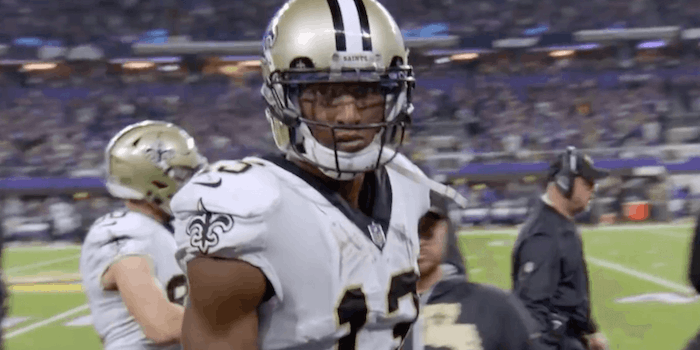 NFL Playoffs: How to stream Saints vs. Vikings live

The Minnesota Vikings enter the NFL playoffs as massive underdogs against the NFC South-leading New Orleans Saints. But they’re also bringing a completely healthy offensive to the fight for the first time in months. Will a healthy Dalvin Cook and Adam Thielen be enough to counter Drew Brees?

That’s one of the key questions for Sunday’s playoff matchup between the Saints and Vikings in New Orleans.

Cook, with 250 carries, 1,135 yards, and 13 TDs on the season, returns from a shoulder injury. This should boost QB Kirk Cousins (307-444, 3,603 YDS, 26 TDs, 6 INTs), who’s struggled mightily Cook to keep defenses guessing. Cousins averaged 190 passing yards over the last three starts, with just three touchdowns and two interceptions. Conversely, he averaged 258 passing yards with 10 touchdowns and one interception in the four games prior.

Thielen has battled a hamstring injury for most of the season, but Stefon Diggs has pulled his weight, leading the team with 1,130 receiving yards.

It’s not just Thomas, though; tight end Jared Cook will be a factor against the Vikings secondary. He ended the season strong, averaging 71.6 receiving yards with six scores in his final six games of the regular season. Minnesota ranked in the top third in receiving yards allowed to opposing tight ends.

What you won’t see in this matchup is much yellow, as Minnesota and New Orleans are the lowest penalized teams in the NFL.

Here’s everything you need to know to live stream Saints vs. Vikings, including what to watch for on the field.

Vikings vs. Saints live stream: How to watch the NFL Playoffs online

Big blows to the Vikings defense as both Mackensie Alexander (knee) and Mike Hughes (neck) are out against the Saints. pic.twitter.com/xaWnmwvTDL

Both Mackensie Alexander and Mike Hughes will be out of action for the Vikings. This is a significant problem. Starting cornerbacks Xavier Rhodes and Trae Waynes are still good corners, though the former has surely taken a step back in the middle of what should be his prime.

Without Alexander or Hughes working out of the slot, Minnesota’s safeties, Harrison Smith and Anthony Harris, will be leaned on more than usual. Danielle Hunter, one of the NFL’s best rush ends, must create consistent pressure on Brees. Look for backup CB Kris Boyd to get into the mix, but also look for Brees to target whoever he’s matching up with.