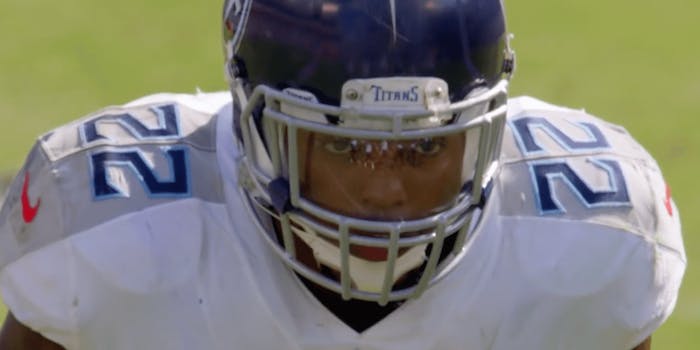 NFL Playoffs: How to stream Patriots vs. Titans live

Rumors of New England quarterback Tom Brady’s demise will be tested when the Patriots host Derrick Henry and the Tennessee Titans in the first round of the NFL playoffs on Saturday.

Henry, perhaps the league’s most unique and punishing running back, pulled the 2019 rushing title (303 carries, 1540 yards, 16 TD) from under the feet of Browns RB Nick Chubb late in the Titans’ win over the Texans. Tennessee has the third-best rushing offense in the league. Because Henry represents 74 percent of that production, New England will see heavy doses of the former Pro Bowl bruiser.

Ryan Tannehill (201-286, 2742 yards, 22 TDs, 6 INTs) has been reborn with the Titans, and helped put rookie receiver A.J. Brown on the cusp of stardom. Look for Patriots cornerback Stephon Gilmore, a defensive player of the year candidate, will follow Brown all over the field.

The Patriots had the NFL’s best defense during the regular season, giving up just 95.5 yards rushing per game. Ezekiel Elliott had the best game against the Patriots by any running back all season, rushing 21 times for 86 yards in late November.

New England will have its issues on offense, dead last in both total and scoring offense. Brady’s issues are twofold. He doesn’t have the weaponry he’s used to. Rob Gronkowski isn’t walking through those doors. They have no run game to scream about. And frankly, it appears Brady has lost a half a step.

But appearances can be deceiving. The Patriots won’t be an easy out. After all, they’re the Patriots. You’ve seen this (zombie) movie before.

Here’s everything you need to know to live stream Titans vs. Patriots, including what to watch for on the field.

Patriots vs. Titans live stream: How to watch the playoffs online

Other features include a Free Cloud DVR tier for all subscribers (allowing 10 hours of recording a month), the ability to record all live linear channels, and no VOD preemption on any channels.

But AirTV—which has no monthly fee—serves to strengthen one of Sling’s biggest weaknesses compared to other live streaming services like Hulu with Live TV and YouTube TV, which have plenty of local channels.

The X-factor in the Patriots’ Wild Card Weekend matchup with the Titans is that it might be the last game featuring Tom Brady in a New England uniform. Owner Robert Kraft and head coach Bill Belichick have been noncommittal about resigning the GOAT QB. There’s been no news about an extension, and Brady can’t be franchise-tagged.

Most importantly, Brady appears to have the desire to play. As unfathomable as it sounds, should he continue his career, there’s a real possibility it won’t be with the Patriots.