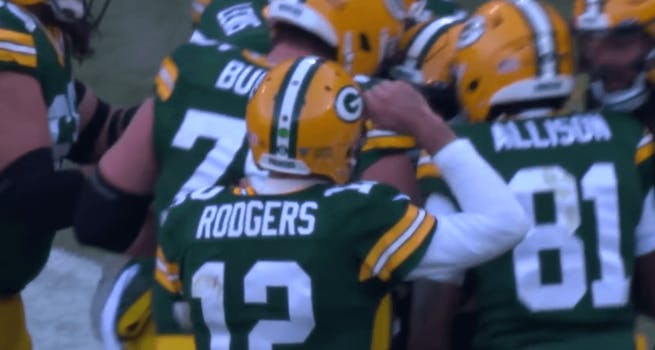 Monday Night Football: How to stream Packers vs. Vikings live

The best teams in the NFC North clash as playoff seeding is up for grabs.

Week 16 will end, as Monday Night Football fans will be thrilled to know, with the most consequential and potentially the best game of the week.

NFC North rivals, the Green Bay Packers and the Minnesota Vikings, will face off with quite a bit on the line.

Though the Packers have been at the top of the NFC North for most of the season, Rodgers and company haven’t looked as dominant as their record suggests. A soft offense lacking in receiving options, plus a defense that’s quietly slipped to 17th in DVOA, might leave you wondering how they’ll fare in the playoffs.

The Vikings have recovered from their early-season streakiness to become one of the best offensive teams in football. Minnesota put up 39 points last week; Kirk Cousins finally has all his favorite receiving targets on the field together.

Perhaps the stage is set for the Vikings to beat the Packers and seize control of the NFC North, as Minnesota is playing better on both sides of the ball recently. But then again, Dalvin Cook, the Vikings’ star running back, left the field with an injury last week. These teams are close enough in talent that Cook’s absence could make the difference in this hotly contested matchup.

Not only is this one of the most important games of the week, as a win for either team could help their playoff seeding, it’s also one of the hardest to predict.

Here’s everything you need to know to live stream Vikings vs. Packers, including what to watch for on the field.

Packers vs. Vikings live stream: How to watch MNF online

Before Cook was injured, it felt like this game was leaning the Vikings’ way. Now, this feels like a toss-up. While the Vikings have been the more complete team, especially in recent weeks, Aaron Jones is healthy and Dalvin Cook isn’t.

If you just look at the Packers’ record, there doesn’t seem to be reason for concern. But a weak slate of opponents masks a less than stellar performance down the stretch. The Packers have won nine of their last ten games. However, victories over teams like the Redskins, Lions, and Bears came by a touchdown or less. Their 37-8 loss to the 49ers was brutal.

The Vikings have faced a tougher schedule than the Packers overall. They’ve also blown out some bad teams on their way to a 8-2 record over the same stretch. It’s hard to fault the Packers for drawing an easier schedule, but they have struggled in ways that a 10-3 team really shouldn’t. In the last thirteen weeks, Kirk Cousins has only thrown three interceptions. Their offensive struggles are truly a distant memory.

Though the Packers don’t look like the best team in the NFC North, they could certainly still win this game. Green Bay’s offense doesn’t have much more than Davante Adams and Aaron Jones, but that has been enough most weeks this season. In every game, one of them seems to go over 100 yards to carry the Pack to victory.

No matter what happens this week, the Packers will likely hang onto the NFC North title. The Packers would need to lose out to relinquish the division crown, and they finish the season against the hapless Lions. But, a loss here could cost the Packers their bye and solidify the Vikings’ claim to the higher wild card slot.

That would mean that these two teams would then likely meet in the playoffs to do it all over again in a few weeks.