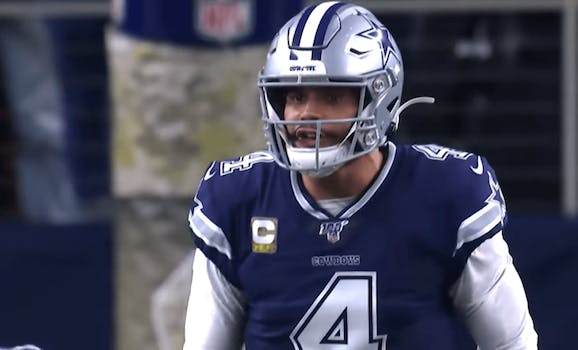 How to stream Cowboys vs. Lions live

Dallas looks to rebound with a victory over the fading Lions.

The Dallas Cowboys need to get more consistent and they should be able to do that against a Detroit Lions team that has been consistently disappointing this season.

Though the Cowboys have the top offense in the league on paper, they have a habit of losing games with a combination of weak defense and oddly conservative playcalling. On Sunday Night Football last week, much-maligned coach Jason Garrett went with running plays on early downs when the pass seemed to be working much better. This led to a loss to the Vikings and renewed criticism of Garrett for his vanilla play-calling.

Luckily for Dallas, the Lions offense isn’t nearly as dynamic as what they have in Minnesota. While Dalvin Cook ran all over the Cowboys last week, the injury-plagued Lions won’t likely be able to repeat that without starting back Kerryon Johnson on the field. If quarterback Matt Stafford misses another game, the Cowboys should be able to blow out Detroit.

If Stafford does play, this could be a closer contest, but we’ll still give the edge to the Cowboys. Here’s everything you need to know to live stream Cowboys vs. Lions, including what to watch for on the field.

There are a number of options for watching Cowboys vs. Lions on streaming platforms that carry FOX. However, consult a coverage map to see what game your regional channel will be playing.

Cowboys vs. Lions live stream: How to watch NFL online

Unfortunately, due to a contract dispute, as of Sept. 26, Sling no longer carries Fox, FS1, and FS2. But there is a workaround.

Dallas Cowboys vs. Detroit Lions: Why it matters

Dallas should win this game. It needs to win this game, with its grip on the NFC East slipping to an improving Eagles team.

The Cowboys can potentially separate themselves from the Eagles with a win and set themselves up in better post-season position. The Lions, by contrast, are running out of things to play for. At 3-5-1, and well behind the Vikings and the Packers in the division, one more loss effectively ends Detroit’s season.

It’s getting harder not to blame coaching for some of the losses in Dallas, as the Dak Prescott-led offense continues to impress week after week. With Randall Cobb going over 100 yards last week, the Cowboys now have a trio of dynamic receivers with Amari Cooper and Michael Gallup performing very well every game.

On defense, Dallas hasn’t been able to get much of a pass rush going all season, and that continued last week. Despite flashes of brilliance from players like Leighton Vander Esch, this unit has been weak. However, if the offense produces up to its potential, the ‘Boys should find a way to win.

For the Lions, the situation isn’t so nuanced. They don’t do anything well enough to compete. With a 12th ranked offense and a 25th ranked defense, a team that flashed promise early in the year has fallen to the bottom of the NFC North. If Stafford misses another game, it’s hard to imagine a way they can win this game.

It seems that things never go Matt Stafford’s way, and this year, things haven’t been any different. When he does come back to the field, he will return to a team without Kerryon Johnson in the backfield and a defense that can’t stop anything. Outside of the odd bright spot like linebacker Jahlani Tavai, the Lions defense is in need of a serious overhaul. 2019 has been another year feeling like Matt Stafford deserves better.

Look for the Cowboys to win here, and if by some turn of events they don’t, look for the Jason Garrett criticism to get even louder.