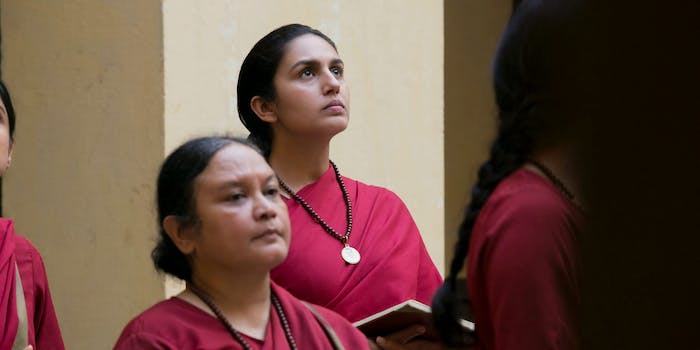 Huma Qureshi stars as a mother desperate to reunite with her daughter.

The dystopian horrors contained within Leila loom large on the surface as well in the tiniest details. The series, which is based on Prayaag Akbar’s 2017 novel of the same name, gets off to a slow start as it introduces viewers to the inner workings of the segregated future world of Aryavarta. But it’s grounded by a captivating lead performance from Huma Qureshi, whose life gets turned upside-down after she’s captured by those in power—and who must play by the rules of her captors to reunite with her daughter.

In a dystopian future, a woman who’s imprisoned for marrying a Muslim man tries to reunite with her daughter.

Qureshi stars as Shalini, a privileged Hindu woman who gets sent to a Welfare Center—where women are constantly berated, humiliated, and forced to read propaganda—for marrying a Muslim man at the beginning of the series. Two years later, she’s trying to keep her head down so she can be released and return to her family, including her daughter Leila, as flashbacks reveal her life before she was detained.

Taken at face value, Leila will almost certainly invite comparisons to The Handmaid’s Tale—although Akbar has previously noted the two books have vastly different approaches to their respective dystopias. They both take place in a near future in which a totalitarian government has taken over, categorized its citizens, and made vast efforts to separate or remove those who don’t comply. One group is isolated and treated horrifically before it’s deemed ready to rejoin society. At times, women act even more cruelly than the men holding them captive, betraying one another to improve their own dire situations. Even then, they’re only regarded in the context of their connection to men. 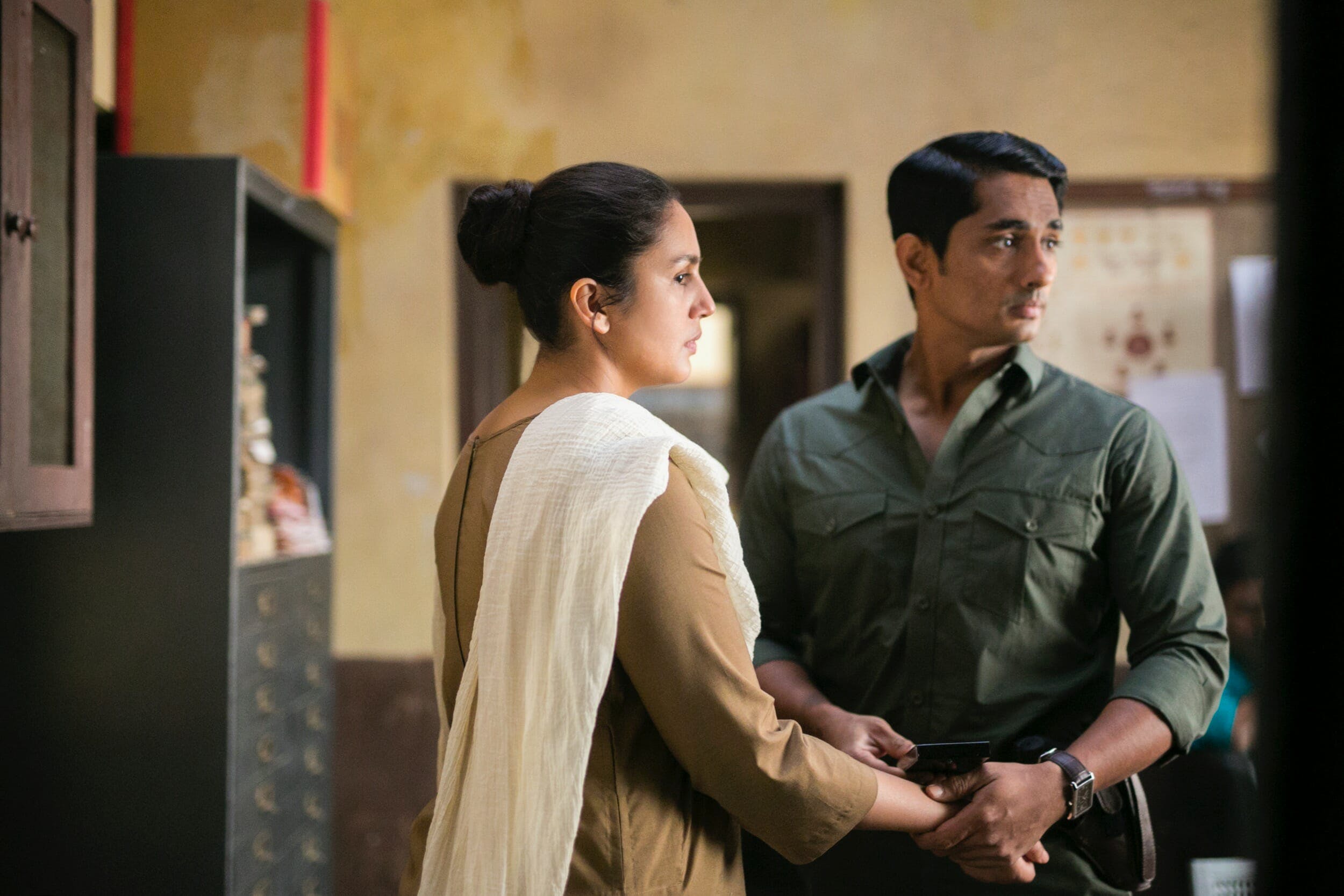 But instead of an infertility crisis, the threat hanging over Leila is a lack of clean water, which is readily available only to certain classes. In one area, only Aryavarta citizens are allowed to purchase a package of water from a machine. The world is so polluted that black rain falls from the sky, and in some of its poorest areas, a riot can easily break out over the distribution of water. Aryavarta is segregated by caste, class, religion, and socioeconomic status, with severe punishment for those who dare to do marry outside of their “category” or religion.

One woman is forced to marry a dog as a form of punishment. Another will gladly kill other women for a chance to better circumstances, but she soon finds out it’s not that easy. Babies are tested for purity levels, and those deemed “mixed blood” are taken away in cages. It’s oppressive stuff that can wreak havoc on a person’s psyche and physical wellbeing. Unlike the TV adaptation of The Handmaid’s Tale, however, Leila doesn’t feature a voiceover to help viewers understand what’s going on inside Shalini’s head. 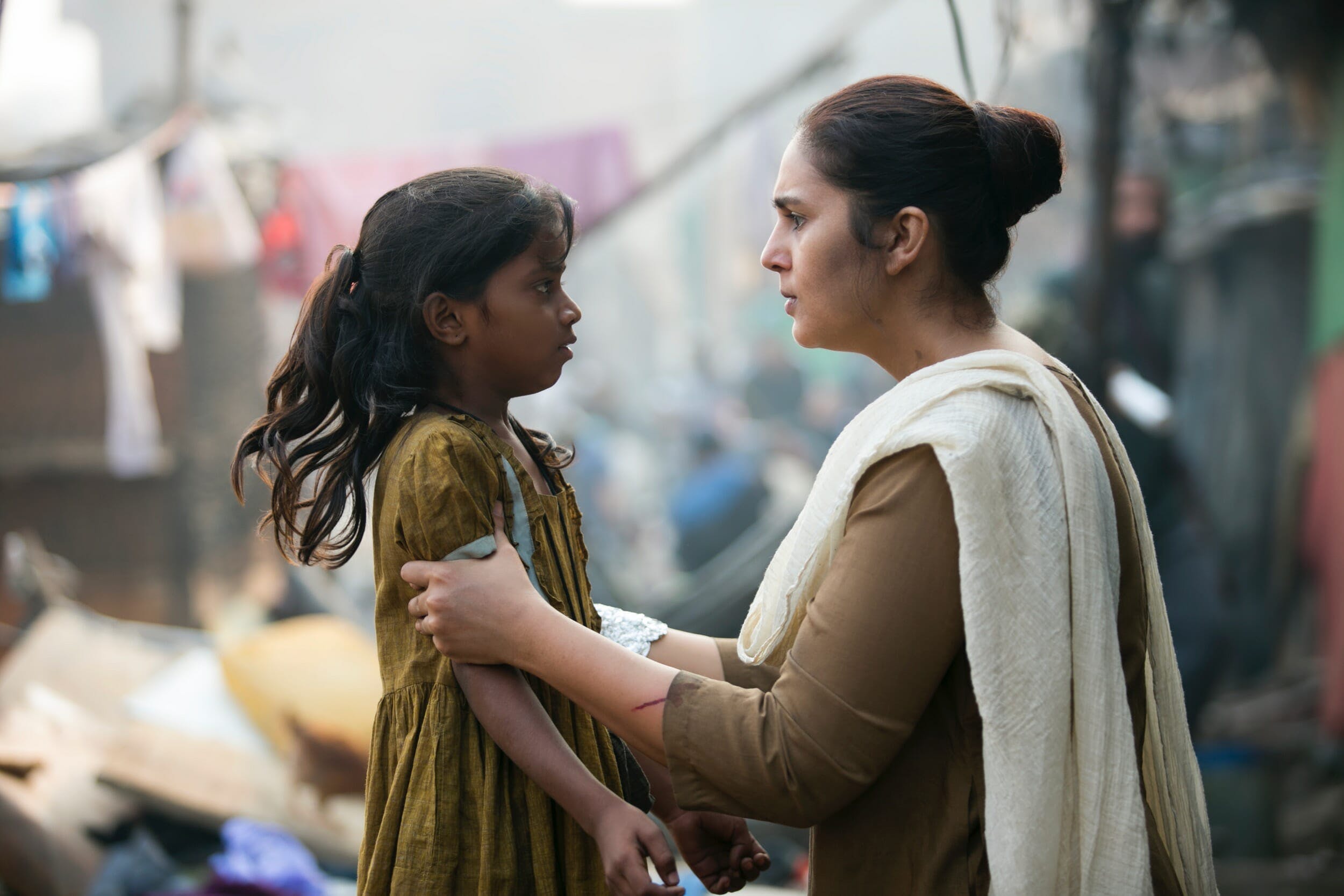 Qureshi carries the show on her shoulders, expressing a wealth of emotions often without saying a word. She experiences a world vastly different from the one she’s known, and she encounters a young girl who reminds her of Leila in a much more dangerous reality after she leaves the Welfare Center. As bleak as Leila is, it still offers occasional glimmers of hope in the form of a kind gesture or scrap of luck.

Although Leila‘s early episodes keep some of the show’s mythos in the shadows, they boast enough character work to keep the series grounded. The show will make viewers not only question what will happen next, but also—as with many dystopian series—spot the similarities to their own world.