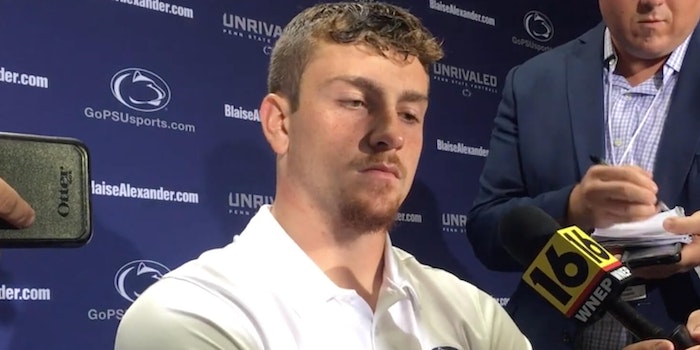 How to watch Penn State vs. Iowa

Can Iowa's offense can keep pace with the explosive Nittany Lions? Can either break through against stout defenses?

Iowa comes into this game struggling, only managing a field goal against a mercurial Michigan last Saturday. Though they only gave up 10 points in the loss, it’s symptomatic of an issue with offense the Hawkeyes simply don’t have the personnel to overcome. Iowa’s top three scoring performances came against below-average competition: 48 points against Middle Tennessee State, a 30-point display against Rutgers, and 38 points against Miami (Ohio).

They beat in-state rival Iowa State, mustering only 18 points and winning by the narrowest of margins. Running back Makhi Sargeant will need a big game, and Iowa’s defense—currently ranked third in FBS at 8.5 points allowed per game—will have to get opportunistic and create turnovers or push Penn State off the field after third downs.

The talented Nittany Lions have an even better defense than Iowa’s; it’s ranked No. 2 in FBS at 7.5 points allowed per game. They’ve also got much more firepower on offense. QB Sean Clifford leads the team with 14 total touchdowns. Penn State has just six turnovers in five games, which is respectable given their offensive aggressiveness.

The big question mark will be if the Hawkeyes’ offense can keep pace. Even if they managed to hold Penn State to 17 somehow – could they match their point total?

Penn State vs. Iowa: What to watch for

The key for Penn State will be not playing down and getting into the dirt with the Hawkeyes. They are the better team on paper, and should play over the top of Iowa’s defense for large portions of the game. Conversely, Iowa must force at least two turnovers to turn a few short fields into some touchdowns, because the Nate Stanley-led offense isn’t likely to produce much if it’s starting from inside its own 30 on every offensive possession.

Iowa should keep it close, but Penn State, judging from their depth chart alone, should close comfortably.

Holding the chalk line, Penn State is a four-point favorite, according to Odds Shark.