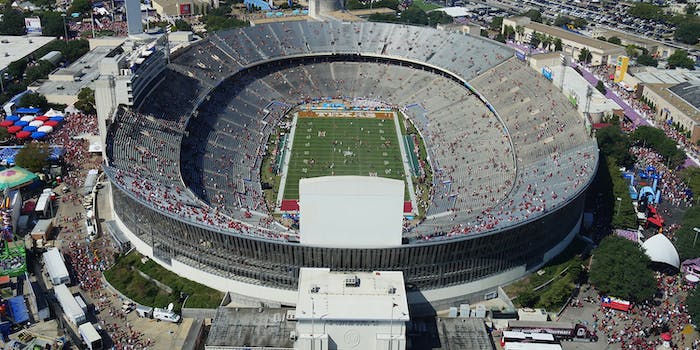 How to stream Texas vs. Oklahoma

The No. 6 Oklahoma Sooners face the No. 11 Texas Longhorns at the Cotton Bowl in Dallas this Saturday, in a significant Big 12 clash with College Football Playoff implications.

Texas moved to 4-1 on the season with its 42-31 victory over West Virginia. Sam Ehlinger tallied four total touchdowns—two on the ground, two through the air—showing his versatility at the position. The Longhorns turned three West Virginia turnovers into scores. The defense, however, still leaves a great deal to be desired, giving up 442 yards and 26.6 points a game. If their loss to LSU is any indication, Texas will need Ehlinger and RB Keaontay Ingram to keep them in the game to match Oklahoma’s output.

This will be a game of wills, boiling down to how much talent Texas allows Hurts to display.

Texas vs. Oklahoma: What to watch for

Hurts, Hurts, and more Hurts is what Oklahoma will come with; he currently leads the Big 12 conference in total yards. Texas would probably prefer to take away the run and have Hurts throw the ball around. But he’s also proven accurate through the air, passing at a 75 percent completion clip. Texas gives up 325 passing yards per game, and have already allowed 30 or more points three times this season. It’s highly informative that a defensive back—sophomore safety Caden Sterns—is their leading tackler, with 30 tackles.

Simply put, while this is not an impossible matchup for the Longhorns, there’s a great deal working against them, namely their awful pass defense. Running backs Keaontay Ingram and Roschon Johnson, along with Ehlinger, must control the clock with the downhill ground game.

Holding the chalk line, Oklahoma is a clear favorite, a plus-10.5, according to Odds Shark. But it’s also an unpredictable rivalry game: Oklahoma is 1-6 against the spread in the last seven matchups with Texas.