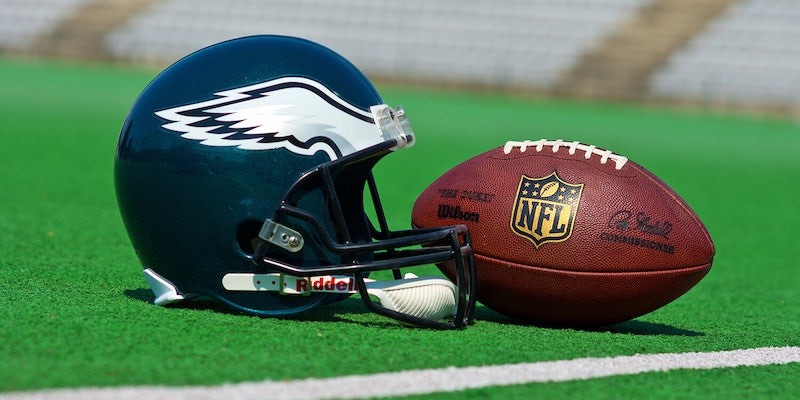 How to stream Eagles vs. Bills live

The free-falling Eagles will try to get back on track against the tough Bills defense.

This Eagles team needs to get better fast.

Despite Carson Wentz’s talent, this Philadelphia Eagles offense has been anemic. Luckily, the Eagles face an equally weak offensive attack in the Buffalo Bills this week. This could be the game where the Eagles get right.

Wentz deserves a bit of a break because he doesn’t have much help. Without DeSean Jackson, this receiving corps is laughably bad. While the running game has been solid, it hasn’t been enough to win when the receivers aren’t clicking with Wentz.

Philly’s pass defense is also awful, which is particularly troubling considering their receivers are so ineffective. Two weeks ago, the team gave up 333 yards and four touchdowns to Kirk Cousins. They let Aaron Rodgers throw for over 400 yards a couple weeks before that.

Going up against a 5-1 team would normally feel daunting for a sub-500 squad, but there is hope for the Birds here. Buffalo’s Josh Allen led offense is not very good, and as Football Outsiders’ Aaron Schatz pointed out on Twitter, the stellar defensive play may partially be a product of inferior opponents.

That being said, there are some strong aspects to this Buffalo team. The defense is still a respectable 12th in DVOA, which controls for strength of schedule. Buffalo was able to hold their strongest opponent to date, the Patriots, to 16 points.

Last week, against the Dolphins, cornerback Tre’Davious White pretty much won the game for the Bills single-handedly. On consecutive possessions, he intercepted the ball on the two-yard line and forced a fumble, leading to two touchdowns.

While the passing game isn’t great, the running game led by the ageless Frank Gore has been effective enough to generate offense. Gore is averaging a respectable 65 yards and Devin Singletary is developing nicely behind him. And while there hasn’t been a ton of yardage, John Brown has been a real receiving threat, a perfect fit for this modest offense.

The Eagles have more offensive firepower when they play well, so Philly might have the advantage here. However, a team that lost to the Falcons could easily lose to this competent, tough Bills team.

There are a number of options for watching Eagles vs. Bills on streaming platforms that carry FOX. However, consult a coverage map to see what game your regional channel will be playing.

Eagles vs. Bills live stream: How to watch NFL online

Jordan Howard, Running Back: Until DeSean Jackson comes back, you want no part of this passing game from a fantasy perspective. Howard hasn’t been amazing, but he will get you some points.

John Brown, Wide Receiver: Despite Josh Allen’s conservative style of play, John Brown is a number one receiver in this offense. After all of those years in Larry Fitzgerald’s shadow in Arizona, Brown is averaging almost 80 yards per game in a passing attack catered to his playing style.

Philadelphia Eagles vs. Buffalo Bills: Why it matters

If the Bills are going to make the playoffs, they are going to be a wild card team. The Patriots are just too good. That means every game matters for this Bills team.

We would say that the Bills need to stack wins to prepare for teams with a good passing attack, but this is almost the high-water mark. Tough games against the Cowboys, Ravens, and Patriots will come later in the season. But with opponents like Redskins, Dolphins, and Broncos in the mix, this could easily be a 12-4 team. Nonetheless, with this weak offense, Buffalo should take all the Ws they can get.

The Eagles have a harder road to the playoffs. The Cowboys control the NFC East. With games to the Patriots, Seahawks, and Cowboys coming up, a loss here could effectively end their season.

Expect a hard-fought battle that could truly go either way. Both teams will be hungry, but only one of them can eat.