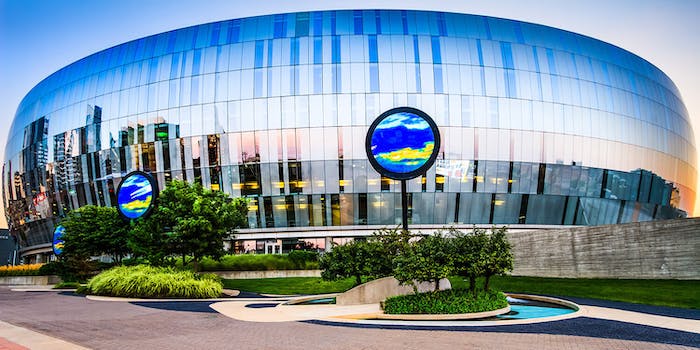 How to stream the Big 12 Tournament live

Both Kansas and Baylor could emerge from the Big 12 Tournament as No. 1 seeds in the Big Dance.

Here’s everything you need to know to stream the Big 12 tournament, running Wednesday through Saturday from Kansas City, Missouri.

There might be as many as six teams coming out of this tournament if things go as expected—including four teams that only achieved .500 status in conference play. Head and shoulders above the rest of the field? Kansas and Baylor, who currently look to lock down No. 1 seeds in the NCAA tournament should things go chalk and they meet in the final. Third-seed Oklahoma and sixth-seed West Virginia should get into the Big Dance on their own merits, whereas Texas and Texas Tech are bubble teams currently projected to just squeak in. Last year’s champ, Iowa State, is only a nine seed this year and might be down to its fourth-string point guard.

The match is on ESPN; these streaming services provide fans the opportunity to catch college basketball action throughout the season.

YouTube TV is a great option for sports fans, including the ESPN and Fox TNT for Champions League matches, NBC and NBCSN for Premier League matches, and broadcasting partnerships with three MLS teams. (Take a look at the full list of YouTube TV channels here.)

This is according to the DraftKings oddsmakers as of March 9.