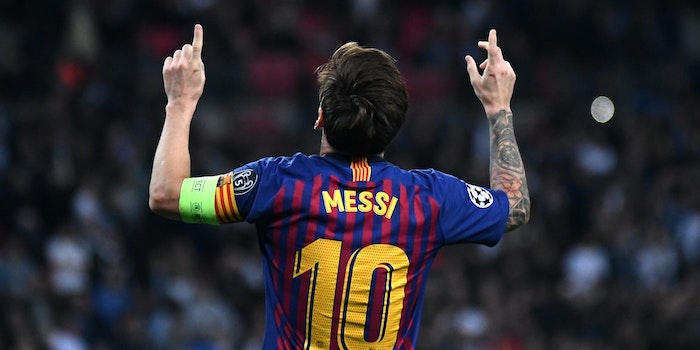 How to watch the Copa del Rey Final online for free

Barcelona and Valencia, both headed to the Champions League next season, have one more score to settle on Saturday to close the book on 2018-19.

Both Barcelona and Valencia have had successful seasons on the domestic front, with Barcelona winning La Liga and Valencia securing 4th place and a Champions League place on the final day of the season. They’ve also gone perhaps not far enough in the European competitions, with Barcelona getting improbably ousted by Liverpool after amassing a 3-0 first-leg advantage, and Valencia losing to Arsenal in the Europa League semifinals. There’s one more matter between the teams to round out the season: the Copa del Rey Final on Saturday to determine the winner of the annual Spanish soccer tournament that first started in 1903.

Each of the following services carries ESPN Deportes providing a one-week trial and therefore an easy way to watch the Copa del Rey Final for free.

PlayStation Vue is a fantastic option for soccer fans who already own a PlayStation console, but this streaming platform is available on a variety of devices. ESPN Deportes (where the final will play) is part of the Elite package of channels that offer soccer and other sports programming, supplementing what exists at the Core level, and the options increase at the Ultra level.

For Barcelona, this matters because they’ve won this competition the last four years, and they have a streak to keep up. They won La Liga in fairly easy fashion, all but wrapping it up after beating their closest competitor Atletico Madrid head-to-head with a little over a month remaining in the season. In Champions League, however, they suffered a defeat that will live on in Champions League lore for years or even decades—especially if Liverpool does go on to win the finals in Madrid next week. Getting a win here certainly won’t erase that, but it will put another trophy in the case.

For Valencia, who last won this tournament in 2008, a victory would be a tangible validation of a solid if not spectacular season. Valencia goes into this tournament as underdogs due to the talent difference, but they do have players that can compete, and if they catch Barcelona on an off day, it’s conceivable they could lift the trophy in Sevilla.