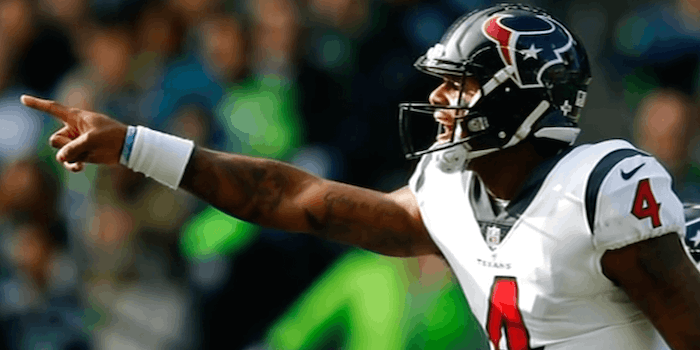 NFL Playoffs: How to stream Bills vs. Texans live

The first matchup on Wild Card Weekend features a Bills team getting to one rung and a Texans team looking to get to the next one.

The NFL playoffs begin on Saturday. The first Wild Card Weekend matchup features the surprising Buffalo Bills and a Houston Texans team looking to take that next leap forward into perennial eminence.

The Bills averaged 128.4 rush yards per game this season, with rookie running back Devin Singletary and future Hall of Fame veteran Frank Gore accounting for 67 percent of the team’s run offense. Second-year QB Josh Allen (271-461, 3,089 yards, 20 TDs, 9 INTs) is slowly improving as a thrower, and his mobility gives the Bills’ attack more punch in its run game. The Wyoming product has accounted for nine of the team’s 13 rushing touchdowns.

#texans @JJWatt will play tomorrow. But how much? Also his return is massive on the field for this defense Saturday, but he's already making an impact this week with his leadership and energy. Here's my story from NFL Now on @nflnetwork pic.twitter.com/HbAOHn1ktt

The Bills’ ability to run the ball, though it has stalled over the last couple of weeks, is critical to its success. Fortunately, they are up against the one team with significant issues controlling the line of scrimmage. Even with J.J. Watt coming back from injury, Houston owns the worst defense of any team in the playoffs, allowing 128.4 rush yards allowed per game (25th in the NFL). The Texans have allowed 171.3 rushing yards a game over the past three contests, including Tennessee Titans RB (and NFL rushing champion) Derrick Henry’s 211 yards last weekend.

Here’s everything you need to know to live stream Bills vs. Texans, including what to watch for on the field.

Bills vs. Texans Live Stream: How to Watch the NFL Playoffs Online

AT&T TV Now is a bonus for AT&T wireless customers, especially for those who happen to be soccer fans. It provides instant access to more than 45 channels, including local channels. That means NBC as well as Fox for football, FS1 and FS2 for college sports, NBCSN for various offerings including soccer, and ESPN and ESPN2 for its array of sports programming. It even offers free HBO on PLUS and MAX channel suites. Plus, it comes with CloudDVR for up to 20 hours of TV recording per month. One account works on two devices, but you can add more devices for only $5.

Buffalo Bills vs. Houston Texans: What to expect

It’s a fairly straightforward dilemma for the absolutely awful Texans’ defense–can they stop the Bills from running roughshod over them? Will having J.J. Watt be remotely helpful, given he’s not anywhere near 100% physically?

Two stats could tell the tale. Offenses converted 48.5 percent of their third downs against Houston’s defense, which was third-worst in the league. It also allowed 71.4 percent of opposing offenses’ red-zone trips to be converted into touchdowns, which was dead last in the NFL.

This means one thing: Deshaun Watson is going to have to keep the ball as long as he can, by converting third downs and keeping Houston’s defense off the field by whatever means necessary.