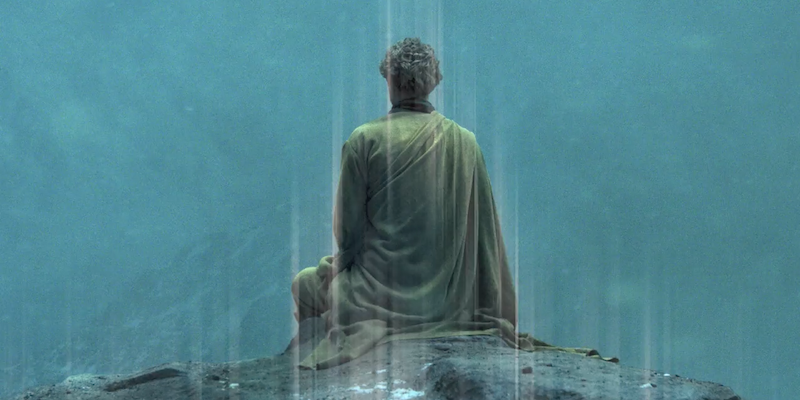 You definitely haven't seen the last of Iron Fist.

After the critical acclaim and success of Daredevil, Jessica Jones, and Luke Cage, Marvel was probably not expecting such a mixed reaction to Iron Fist. The first season was met with a decidedly tepid response by both critics and fans alike. The character’s status as a key member of The Defenders made the continuation all but inevitable, however.

The full-length trailer showcases Iron Fist’s new and improved fight choreography, with Danny Rand pushing himself to the brink. That’s good news for fans of gritty Marvel productions, but there’s not much sign of the more comedic tone we saw from Danny in Luke Cage season 2.

Here’s everything we know about Iron Fist season 2, and how the story may be impacted by the second season of Luke Cage.

No major casting announcements have been made at this time. You can expect to see Finn Jones (Danny Rand/Iron Fist), Jessica Henwick (Colleen Wing), Tom Pelphrey (Ward Meachum), and Jessica Stroup (Joy Meachum) to return, and Rosario Dawson continues to play a pivotal supporting role as Claire Temple in each of Netflix’s Defenders shows.

NYPD Detective Misty Knight (Simone Missick) is expected to cross over from Luke Cage, sporting her prosthetic robot arm from the comics. Fans are undoubtedly hoping for a supporting appearance from Luke Cage (Mike Colter), following his “Heroes for Hire” partnership with Iron Fist in the comics and the pivotal role that Iron Fist plays in Luke Cage season 2.

Star Trek Into Darkness actress Alice Eve has been cast in an undisclosed role, with rumors swirling that she’ll play the obscure villain Lady Gorgon, a member of the Hand.

Alice Eve will play the Daredevil villain Typhoid Mary, a character with no relation to the real historical figure. She has telekinetic and psychic abilities, and suffers from dissociative identity disorder, displaying three conflicting personalities: the quiet, peaceful “Mary”; the sexy, violent “Typhoid”; and the murderous and sadistic “Bloody Mary.” We can’t wait to see how this sensitive portrayal of mental illness pans out onscreen.

Iron Fist and Daredevil have the closest ties to the plot in Defenders, so season 2 will likely deal with the fallout of the Defenders’ battle with the Hand. Defenders ended with a win for the heroes, but the Hand still exist as a worldwide organization. The miniseries also left things open for Iron Fist to return to K’un-Lun, the mystical city where he received his training.

Iron Fist’s finale set up Joy Meachum as a potential villainous force, consulting with Danny’s former friend turned potential rival Davos (Sacha Dhawan). Madame Gao overheard the conversation, so it’s possible the finale was setting up Gao to reverse roles and act as Danny’s unlikely ally in season 2. Finally, we may see some kind of team-up between Colleen Wing and Misty Knight, who are often partnered up in the comics and came together in Luke Cage season 2.

It remains to be seen whether Iron Fist continues this comedic tone in his own show, but we did get an update on how Danny’s life is going between seasons. He’s still in a relationship with Colleen Wing, and while he’s still a billionaire, he isn’t really involved in the business side of Rand Enterprises. We didn’t get any further details beyond that, but he does seem calmer and more self-aware than his rather immature attitude in season 1, signaling that he’s entered a new phase as a hero.

Iron Fist will get a new showrunner for season 2—although it’s not because Marvel was unhappy with Scott Buck’s work on season 1. Buck moved on to helm The Inhumans, replaced by former Sleepy Hollow showrunner Raven Metzner for Iron Fist’s second season.

Shortly after the release of The Defenders, Finn Jones said he was about to start training for Iron Fist season 2, promising better fight scenes in the future. “We’re at least four or five months away from shooting,” he said. “So this time round, I’m being given a lot more preparation leading up to season 2, which I think is really gonna have a huge improvement on the quality of the fight scenes.”

In late October, Jessica Henwick posted an Instagram video of herself training for season 2, reassuring fans that the fight scenes will (hopefully) be an improvement on season 1’s lackluster performance.

As of May 9, Iron Fist season 2 has officially wrapped filming. Finn Jones posted his thanks to the cast and crew on Instagram, coupling his message with an original illustration by Marvel artist Joe Quesada: “alright, It’s 4.37am and after an incredible, long and physical 7 month winter shoot in NY, we have wrapped! It’s gonna be so weird not seeing all your faces day after day, I’m really gonna miss you all.”

Jones said in the post that he believes the story told in Iron Fist season 2 is “unlike anything seen before.”

San Diego Comic Con is always a big deal—it’s where season 2 was confirmed last year—but it was an especially big deal for Iron Fist this year. Marvel’s Iron Fist panel presented an opportunity to rebrand the show and regain support from fans, and while there were some dicey moments when Marvel TV boss Jeph Loeb showed up in a rather dubious outfit, the audience came away feeling happier about season 2.

The crowd got to see some exclusive new footage including fight scenes choreographed by Black Panther’s Clayton Barber, which reportedly look much, much better than the dodgy attempts at martial arts in season 1.

The first teaser is pretty basic, but the reports from SDCC have us feeling more optimistic than before.