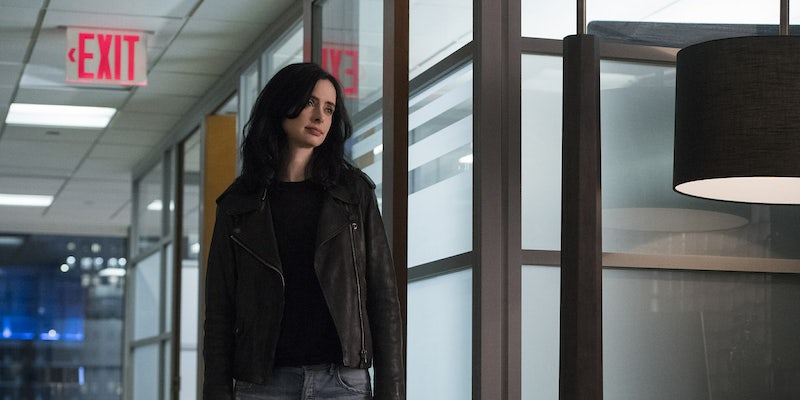 Stay up to date on the inevitable third season of Marvel's 'Jessica Jones.'

With season 2 now on Netflix, you’re probably wondering about Jessica Jones season 3. So, how much do we know? To be brutally honest, not much.

But as of April 12, Netflix has officially confirmed the show’s renewal, guaranteeing that we’ll see Marvel’s top private detective back on the case. Jessica Jones‘ Twitter account celebrated with an appropriate toast.

Now that we know Jessica will be back, let’s take a look at what could be in store for her third season.

Lead actress Krysten Ritter will make her directorial debut in season 3, stepping behind the camera for one episode of the show.

Compared to long-running characters like Daredevil and the Punisher, Jessica Jones has relatively little Marvel Comics canon to work with. That means the show has a lot of creative freedom, so season 3’s storyline could be anyone’s guess. However, you should probably stop asking about whether David Tennant‘s Kilgrave will return in a lead role. He’s dead, people!

Krysten Ritter will obviously return as Jessica Jones, alongside Rachael Taylor as Trish Walker. The rest of the cast is pretty open because while Jessica Jones includes several other supporting characters (Jeri Hogarth, Malcolm Ducasse), they’re not integral to Jessica’s story and could be written out if the actors land another role elsewhere.

This obviously isn’t up yet, but in the meantime, you can check out Luke Cage season 2. If you want to see new trailers as soon as they arrive, you should subscribe to Netflix’s YouTube channel.

We had to wait two and a half years between seasons 1 and 2, so season 3 depends on Netflix’s priorities. Daredevil is the biggest Marvel show, releasing new seasons in 2015 and 2016, and taking the headline role in 2017’s The Defenders. Daredevil season 3 will arrive in late 2018 or early 2019. Luke Cage season 2 comes out in June 2018, with new seasons of Iron Fist and The Punisher in the works as well. So, you’ll be lucky to see more Jessica Jones before 2020.