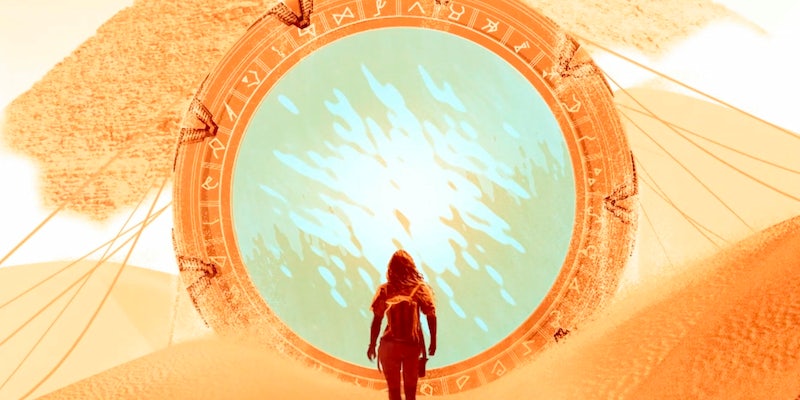 'Pacific Rim 2,' the 'Stargate' prequel, Star Wars' new 'Thrawn' comic, and more news you may have missed from SDCC 2017.

As usual, San Diego Comic Con delivered more news than any one person could possibly follow. In between the high-profile trailers for Justice League, Stranger Things and Star Trek: Discovery, and the exciting confirmation of Wonder Woman 2, we’ve collected some of the updates you may have missed.

Stargate is getting a prequel miniseries

The Stargate movie reboot is dead in the water, but the TV franchise lives on. MGM announced a 10-episode “premium digital series,” airing exclusively on the online streaming service Stargate Command.

Stargate: Origins sounds like a refreshing break from the military adventure themes of the previous shows. It follows Catherine Langford, daughter of the archaeologist who discovered the Stargate in 1928. She was basically the mother of the Stargate program, and her backstory is a perfect fit for an Agent Carter-style historical sci-fi/fantasy show. To jog your memory, the teaser shows her first appearance in the original Stargate movie.

The show is slated to begin production in August, and MGM has shared a basic plot summary: “Young Catherine embarks on an unexpected adventure to unlock the mystery of what lies beyond the Stargate in order to save Earth from unimaginable darkness.”

Marvel put the Fantastic Four on the backburner last year, mothballing the team and canceling their comic. If you buy into the conspiracy theories, they want to prioritize characters whose film rights still belong to Marvel Studios. Hence why the Inhumans now have such a major role in the comics.

The new team consists of Mr. Terrific, Metamorpho, Phantom Girl, and Plastic Man, a squad whose powers bear a startling resemblance to the Fantastic Four. An entertainingly underhanded volley in the longstanding DC/Marvel rivalry.

The trailer for the Doctor Who Christmas special

The upcoming Christmas special will be Peter Capaldi‘s last episode as the Doctor, paving the way for Jodie Whittaker next season. Paying tribute to the show’s 50-year legacy, the episode sees the Twelfth Doctor meet up with his first incarnation, played by Game of Thrones actor David Bradley.

The Christmas special will also include Bill Potts, meaning we’ll hopefully get a decent conclusion to her dissatisfying ending in the season finale.

Iron Fist will return for a second season

Good news for the four or five people who enjoyed Iron Fist; bad news for Marvel fans who hoped Netflix would prioritize something (anything!) else. Iron Fist will return with Luke Cage‘s Misty Knight as a main character, potentially leading to a Misty/Iron Fist romance like in the comics.

Scott Buck is out as showrunner, presumably because he’s busy with Inhumans. (Which, incidentally, earned a rare negative reaction at its Comic Con screening.) The new showrunner is Raven Metzner, formerly of Sleepy Hollow. Yes, that’s the same Sleepy Hollow that killed off its black female lead, promptly alienating the show’s own fanbase. Good luck, Iron Fist!

Pacific Rim 2 has a teaser trailer

This isn’t a full trailer, but it’s still pretty exciting because it has John Boyega in it. John Boyega!

Timothy Zahn’s new Thrawn novel is getting its own comic.

Thrawn is a strong contender for the most popular Star Wars character who never appears in the movies. Created by Timothy Zahn for a series of spinoff novels in the ’90s, the blue-skinned Imperial commander was briefly erased from canon when Star Wars dropped the old expanded universe. Fortunately, Thrawn returned to canon this year, in a new novel titled simply Thrawn. This book will receive a Marvel Comics adaptation, starting in February 2018.

Legion‘s showrunner is working on a Doctor Doom movie

At the Legion panel, showrunner Noah Hawley dropped an intriguing hint about his next project. Apparently, he’s working on something about Doctor Doom at Fox. This could be a Doctor Doom solo movie, or it might just mean another Fantastic Four reboot. Either way, it’s exciting news for one of Marvel’s best supervillains, who received disappointing treatment from Hollywood in the past.