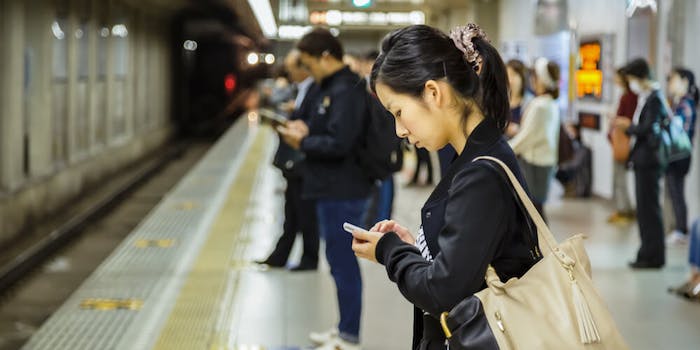 They've been doing it for years.

In 2018, the U.S. Supreme Court held in Carpenter v. United States that a warrant is required for the government to obtain cellphone location data. The ruling is based on the privacy concerns inherent in data that essentially provides a real-time, years-long map of every place a person visits.

Federal agencies have found a work-around to that requirement: Buy it on the open market.

The Wall Street Journal reports that the Department of Homeland Security has purchased access to a commercial database that compiles and sells phone location data. Such data is typically used for marketing purposes, as it enables companies to target people by location. It has increasingly also been implemented by law enforcement.

DHS and its Immigration and Customs Enforcement (ICE) division have already used this data to make arrests, the Journal reports.

People familiar with the matter told reporters that the agency uses the data, which doesn’t identify people by name, to look for phone activity in strange places, such as remote sections of desert near the U.S.-Mexico border. The data was initially used in human- and drug-smuggling investigations and has since been shared with ICE Enforcement and Removal Operations, which handles deportations.

Experts told the Journal that this is one of the largest implementations of bulk data by law enforcement. They also said that the use is lawful because it’s purchased on the open market.

The government is purchasing the data from Venntel, a smaller company that reportedly shares numerous executives and patents with Gravy Analytics, a large mobile-advertising company. Venntel’s president declined comment and directed the Journal to make its inquiries of DHS.

The use of data and technology in law enforcement has risen dramatically in recent years. The Daily Dot has previously reported on investigators’ use of facial recognition, which has inspired significant push back from privacy advocates, and license plate scanners.

Though it’s been in use for at least the last few years, this is the first time it’s been reported that the federal government is using phone location data for immigration enforcement. The extent of its use is as yet unknown.

In 2018 officers used this data to identify a drug-smuggling tunnel that led to a closed Kentucky Fried Chicken in Arizona, the Journal reports. Yet police records from the resulting arrests that reporters reviewed did not mention the use of phone location data. The case was instead attributed to a routine traffic stop.