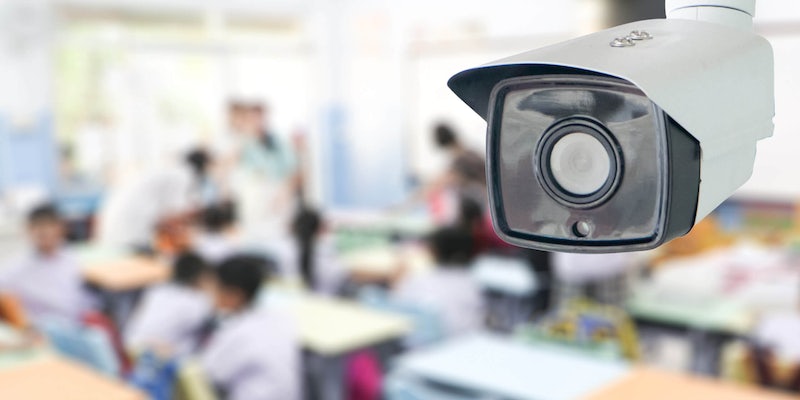 The group cites a racial bias in facial recognition technology and the possibility that facial data could be shared with government organizations.

A digital and civil rights group is asking for people to sign a petition telling Congress to pass a law that bars the use of facial recognition technology in public schools.

Demand Progress launched the petition earlier this week. In it, people have the option to tell Congress to “pass legislation to ban facial recognition technology in public schools.”

The group cites a racial bias in facial recognition technology and the possibility that facial data could be shared with government organizations.

Tihi Hayslett, a campaigner for Demand Progress, told the Daily Dot that facial recognition in schools is particularly concerning for students of color, given the technology’s tendency for racial bias.

“Facial recognition adds another insidious element of policing into our nation’s high schools, and our most vulnerable students—including students of color, students with disabilities, and students transitioning genders—will feel the brunt of this heavy-handed surveillance,” Hayslett said in an emailed statement. “We must remember that facial recognition still disproportionately misidentifies students of color because of its inherent racial bias and inability to tell black and brown people apart from each other. Going to high school in Trump’s America is already extremely rough for a number of students, which is why we must advocate and protect them from this new abuse of technology.”

Last month, a western New York school district faced criticism after it began using a facial recognition and object scanning system called AEGIS. The Lockport Central School District said the system would scan for guns, sex offenders, and “anyone prohibited from entry to District property by court order presented and approved by the District,” by matching people to a database.

The petition comes as dozens of colleges have said they won’t use facial recognition on campuses amid a push from digital rights group Fight for the Future and Students for a Sensible Drug Policy (SSDP).

The two organizations have launched a scoreboard that shows how various colleges stand on the issue.

More than 75,000 people signed a petition late last year calling for Congress to ban government use of facial recognition technology after a push from a number of organizations, including Fight for the Future and Demand Progress.