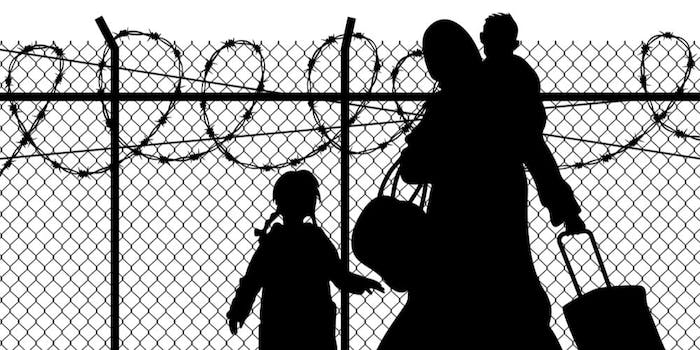 Free speech is under threat in the U.S. and abroad.

Globally, free speech is under threat.

Through its “extreme vetting” program, the Trump administration functionally weaponized immigration laws against visa applicants who engage in disfavored speech. As of last year, the program requires applicants to disclose all identifiers, even pseudonymous ones, on 20 different social media platforms. With this information, the government can map applicants’ political opinions and social networks, and monitor their speech in real-time. Applicants who use social media must evaluate the risk that a U.S. government official could misinterpret their speech, improperly impute others’ speech to them, or subject them to additional scrutiny or delayed processing. Moreover, applicants must consider the risk of retaliation from authoritarian governments that later connect them with their pseudonymous identifiers.

But it’s not just U.S.-bound migrants at risk. These policies have reverberated globally, providing space for foreign governments to similarly weaponize their immigration laws against disfavored speech.

There are credible allegations that visa applicants are, in fact, censoring themselves on social media. On Dec. 5, 2019, two U.S. filmmaking organizations sued the State Department partly on behalf of their foreign members who routinely travel to the U.S. to exhibit works. These organizations alleged that due to the U.S. government’s disclosure rules, several members censored their own social media posts, deleted past posts, and withdrew from certain online groups. These members were particularly afraid that their pseudonymous identifiers would be revealed—intentionally, negligently, or via third-party leaks—to hostile foreign governments.

These rules have also eroded visa applicants’ ability to speak freely on social media even within the U.S. There are few legal exceptions to the disclosure requirements—limited largely to diplomatic and official travelers—so virtually all applicants must disclose their social media identifiers, even if they have developed significant U.S. ties. Even applicants who already reside in the U.S. must reveal this information when applying to change or extend their status. Even a U.S. residence and lawful immigration status do not ameliorate applicants’ concerns that their statements will be either misconstrued by U.S. government monitors or exposed to foreign officials.

Migrants without lawful immigration status are incentivized to curtail their social media speech further still. Significantly, Immigrations and Customs Enforcement (ICE) has been monitoring social media accounts to track noncitizens under investigation for immigration violations. On May 4, 2018, ICE officials trawled Facebook to search for one such noncitizen. With information from Thomson Reuters CLEAR data software, officials discerned the home address of both this individual and his parents. With Google Maps, officials matched photos there to photos on this individual’s Facebook account. And on May 24, 2018, when the individual “checked in” to a Home Depot on Facebook, ICE officials arrested him as he exited. Despite the First Amendment’s prohibition on government laws that censor speech, ICE has disincentivized noncitizens from participating on social media altogether.

These U.S. policies have reverberated globally, providing space for foreign governments to weaponize their immigration laws against disfavored speech. Recently, Indian government officials interrogated German national Jakob Lindenthal, a student at the Indian Institute of Technology Madras, because he participated in December 2019 campus protests against India’s Citizenship (Amendment) Act. In one protest, Lindenthal carried a poster stating, “Uninformed Criminals = Criminals.” In another, he carried a poster stating, “No Democracy without Dissent.” For these statements, Lindenthal was not only asked to leave the country, but he was also advised not to use his current visa to return to India even though it remains valid through June. It is unclear whether he will be able to finish his studies in India.

In a more extreme example, the Saudi Arabian government recently revoked the citizenships of Saudi journalist Abdul Hameed Al-Ghobein and his family because Al-Ghobein made statements in Saudi media praising Israel. Although Saudi Arabia is officially developing closer relations with Israel, openly discussing these matters remains sensitive because many ordinary Saudis still view Israel negatively. To stifle this disfavored speech, the Saudi government denaturalized its own citizens.

U.S. citizens aren’t immune from this erosion of free speech. Specifically, U.S. citizens who travel internationally must increasingly contend with an increasing number of governments that deport or detain migrants who engage in disfavored speech. Although many countries have long had strict blasphemy laws (punishing criticism of a certain religion) or lèse-majesté laws (punishing criticism of a country’s leadership), weaponizing immigration laws against disfavored speech further erodes the scope of acceptable discussion, often arbitrarily. U.S. citizens must consider the risks of offending the governments of the countries they visit, choosing between self-censorship and avoiding certain international travel altogether.

This erosion of free speech impoverishes the global debate and has no redeeming national-security justifications. At a minimum, Congress should prohibit the State Department from collecting applicants’ social media identifiers, particularly pseudonymous ones. Likewise, Congress should prohibit ICE from monitoring noncitizens on social media. Finally, both Congress and the president should recommit to defending free speech globally—because limiting the scope of free speech for anyone tends to threaten free speech for everyone everywhere.

Vishal V. Iyer is an attorney at Iyer PLLC in Houston, Texas, where he handles all aspects of U.S. immigration and nationality law. In his spare time, he enjoys running and traveling.