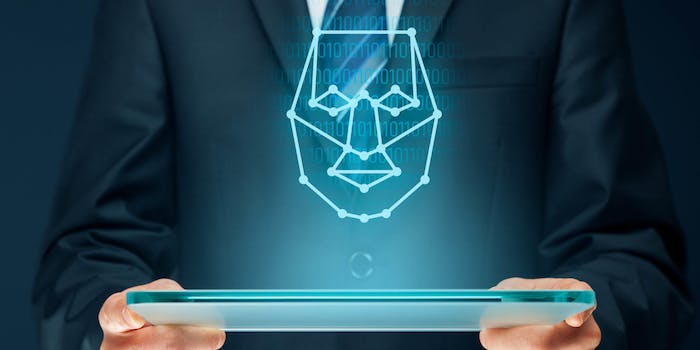 The revelation of the app's existence comes amid a huge push against facial recognition technology.

A startup, Clearview AI, has created an app that can match a picture to a database of billions of public photos scraped from the internet and it is being used by law enforcement agencies, according to a new report.

The New York Times first reported on Clearview and its app in a deep-dive that was published over the weekend. In the report, they called it the “secretive company that might end privacy as we know it.”

The revelations about the app and its functions come amid a major push among digital rights groups and even Congress to regulate facial recognition technology and artificial intelligence.

What is Clearview AI?

Clearview AI is an app that essentially allows a user to take a photo of someone, upload it and see a list of public photos of that person and links to where those photos came from.

The database of photos the uploaded one is matched with, according to the Times, is a batch of more than three billion images Clearview vacuumed up from social media sites like Facebook, YouTube, Vimeo, and more.

More than 600 law enforcement agencies have used Clearview in the past year, the company told the Times.

In one instance, the Indiana State Police used the app and said it solved a case within 20 minutes. The police were investigating a fight where someone was shot in the stomach that was recorded by someone on their phone. The police were able to run the gunman’s face through Clearview’s app and got a match.

In another example, the police department in Clifton, New Jersey used a free trial of the app to identify shoplifters, as well as someone who punched a man who was threatening people with a knife, according to the Times.

A Gainesville, Florida department bought an annual subscription to the app, the newspaper reported, and praised its ability to “use photos that aren’t perfect.”

Federal law enforcement and the Department of Homeland Security are also trying the app, according the report.

The relationship among law enforcement and tech companies that use cameras and photos, like Amazon’s Rekognition technology, have been under intense scrutiny in recent months.

Fight for the Future, a digital rights group that has pushed for a ban on government use of facial recognition technology, reacted to the Times report on Clearview by calling for people to “meet surveillance capitalism head on.”

“We can’t fix this with gimmicky jewelry or sunglasses we’re supposed to wear when we leave our homes. We can’t fix it with industry-friendly regulations. We need to meet surveillance capitalism head on. We need an outright ban on AI-powered surveillance,” the group wrote after the Times reported on the app.

We can't fix it with industry-friendly regulations

We need to meet surveillance capitalism head on

We need an outright ban on AI-powered surveillancehttps://t.co/lQjYPHHs9U

A staff attorney for the American Civil Liberties Union told Mashable that the revelation about the capabilities of Clearview’s app show that a federal law regarding facial recognition technology is needed.

“This is a disturbing demonstration of the dangerous reality of face recognition technology today, and the urgent need for lawmakers to immediately halt law enforcement use of it,” Nathan Freed Wessler told the news outlet.

Demand Progress, a digital rights group that also called for a government ban on facial recognition technology, said the Clearview report in the Times showed that “our worst fears have become real,” and called on Congress to work on federal legislation.

“We’ve been tracking facial recognition for some time and thought we’d seen it all. But this story shows our worst fears have become real. It’s time for Congress to act,” the group tweeted.

We’ve been tracking facial recognition for some time and thought we’d seen it all. But this story shows our worst fears have become real. It’s time for Congress to act. https://t.co/XdUO13diBJ

It’s unclear if Clearview is breaking the rules of the social media sites it is using to scrap photos from. Facebook and other social media companies prohibit scraping images, the Times reports, but Cleaview’s founder told the newspaper that the company “knows” what is happening.

In the report, Facebook told the Times it would take “take appropriate action if we find they are violating our rules.”