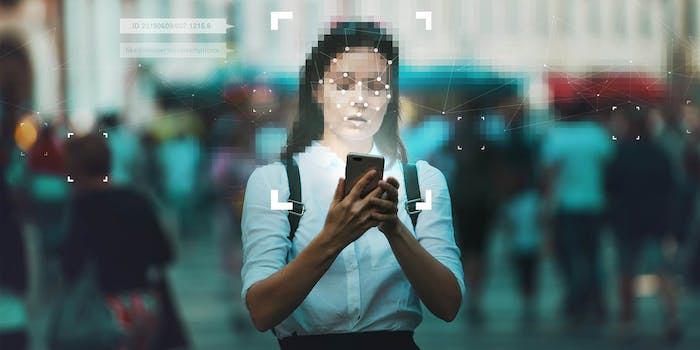 Two senators introduced a bill on Thursday that would require federal agencies to obtain a warrant before using facial recognition technology when conducting targeted surveillance on the public.

The Facial Recognition Technology Warrant Act was introduced by Sen. Chris Coons (D-Del.) and Sen. Mike Lee (R-Utah). The technology’s use—especially among law enforcement—has been under fierce criticism from both advocacy groups and even some lawmakers in recent months.

The bill tries to “balance” the “security benefits and privacy concerns that come with this new technology,” according to a summary of the bill released by the senators.

It would require federal law enforcement agencies to obtain a warrant when using facial recognition for “ongoing public surveillance of an individual” for anything more than 72 hours. It would also limit the warrants to 30 days.

The bill, however, would allow law enforcement to use the technology without a warrant during “exigent circumstances,” according to the summary.

“This bipartisan bill strikes the right balance by making sure law enforcement has the tools necessary to keep us safe while also protecting fundamental Fourth Amendment privacy rights,” Coons said in a statement.

On Thursday, a digital rights group scanned the faces of people around Washington, D.C. as a way to raise awareness about a lack of federal laws surrounding the use of the technology.

That group, Fight for the Future, criticized the bill amid its ongoing protest.

“It’s almost impossible to think of a scenario where this bill would do anything,” the group tweeted. “It requires a warrant if you want to use facial recognition to track a specific person for more than 72 hours. If cops are doing that there are many other ways they can monitor someone.”

“This bill would authorize the invasive, persistent, and dystopian surveillance that communities across the country have rejected,” Guliani said. “The bill falls woefully short of protecting people’s privacy rights and is inconsistent with existing Supreme Court precedent. Congress should put brakes on this technology, not ineffective band-aids.”