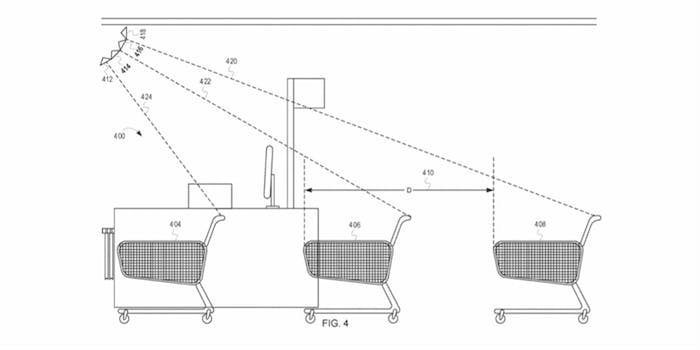 People of Walmart, beware. The corporate overlords might have more insight into your shopping experience than you ever wanted.

The retail giant has just been awarded a patent for audio sensor technology for monitoring transactions at the checkout counter. According to a report in BuzzFeed, the “listening to the frontend” tech would deploy a number of sensors near checkout lanes in order to pick up audio cues like the beeping of items being scanned and the rustling of plastic bags to calculate data like number of transactions, number of bags used, and other “performance metrics” of employee efficiency.

Many stores include cashier metrics as part of their performance tracking, including number of transactions per hour, number of in-store credit card applications processed, and similar stats. What makes this tech different is the surveillance mode of data acquisition—and how it might overreach. There’s speculation that the sensors could also pick up on conversations with customers, the idea being that a sensor could tell whether each customer was appropriately greeted at the start of the transaction.

Granted, for now the patent is only just that: an idea, with no concrete plans for development. In some ways, it’s similar to the patent Amazon won in February for tracking employees’ movements within warehouses. As brick-and-mortar retail stores and the online behemoth wage war for customers, employee efficiency is one of the many levers the companies are trying to pull to emerge on top.

But studies suggest the efforts could backfire. Ifeoma Ajunwa, an assistant professor at Cornell who studies labor relations, explained the “psychological impact of pervasive surveillance” to BuzzFeed, noting that monitoring “can lead to this opposition feeling, where employees view the employer not as benevolent, but as dictators” and can even cause some employees to slow down.