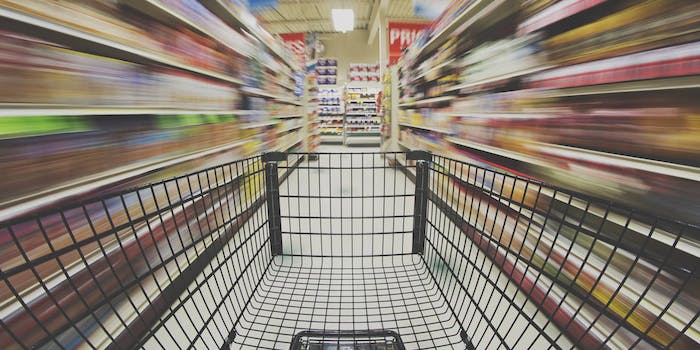 There's no more push or pull.

Walmart has unwittingly started us down a path that will alter our history forever. The big box retailer received a patent for a self-driving shopping cart, spelling the end to the shopping cart dance.

The patent, awarded to Walmart last week, doesn’t call for a drastic overhaul to the cart as a concept. Rather, it appears as though it just puts a Roomba under the cart. (No word on if Walmart will finally fix the wheels that turn sideways randomly on the carts for the sake of the bots.) 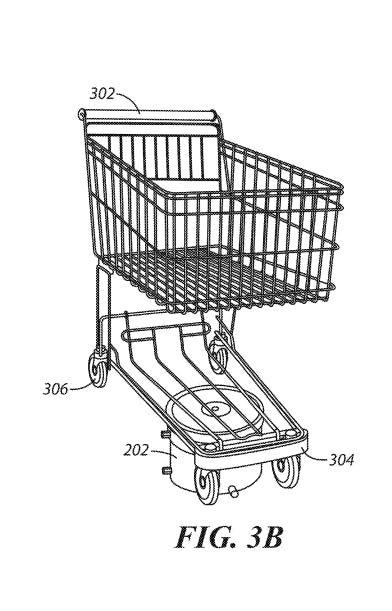 According to the patent, customers would be able to request the cart-guiding system with a smartphone or other device (the patent calls for a “user interface device”). The motorized transport unit—equipped with sensors and cameras—would launch from a storage station, dock itself to a cart, then roll it to the customer.

Once linked up with the shopper, the cart could act as a guide throughout the store. Users may be able to tell the device what they’res looking for, then follow the cart as it escorts them to the aisle where the item is located.

Of course, Walmart may decide to do nothing with its patent. As with most patents, the autonomous shopping cart is just a concept and likely years away from reality.

But who knows, maybe Walmart is all in on the robotic cart. In the year 2030, you might step outside of the autonomous car you summoned to take you to Walmart, ride a hoverboard into the store, and follow around a self-driving shopping cart that knows exactly what you want.

Or you could just go on Amazon.