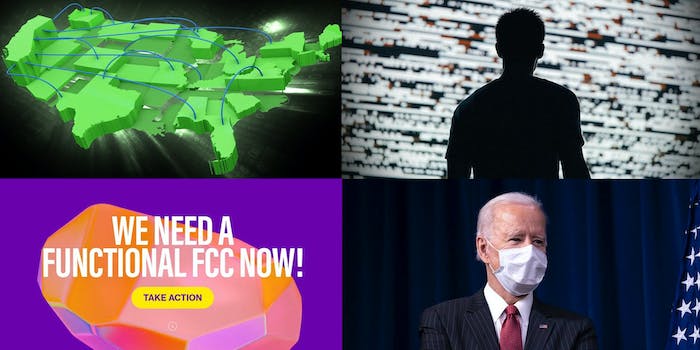 Welcome to the Tuesday edition of Internet Insider, where we dissect the tech and politics unfolding online. Today:

The decision from the judge showed that an aggressive net neutrality bill, that’s been hailed for being more comprehensive than the FCC’s 2015 order, can prevail in court.

And that could give other states with their own potential laws a confidence boost that their laws would survive legal challenges as well.

“I expect this will help states that have been on the fence move forward,” Ryan Singel, an open internet fellow at the Center for Internet and Society at Stanford Law School, told the Daily Dot.

More state laws on the way?

While it’s possible bills in other states will get a boost from California’s decision, it’s difficult to say just how many will.

Matt Wood, the vice president of policy and general counsel at Free Press Action, noted that because various states across the country have different legislative sessions and priorities, it was difficult to gauge just how many laws would immediately spring up in the wake of the decision.

“When it comes to states with new laws, not every state even has a year round legislative session. I think that’s why you will see the echoes of this very encouraging news play out in a lot of places but not in the same way in every state,” Wood said.

While the California decision many not have an immediate impact across the country, more states deciding to enact their own net neutrality laws could have ramifications at the federal level.

If a net neutrality bill is introduced in Congress, it almost assuredly would have to recognize just how comprehensive California’s is and lawmakers in Congress from the state wouldn’t have much incentive to vote for a lesser bill at the federal level.

If more states begin passing laws like California’s, it raises the bar for what a federal bill would have to look like.

The Ridge Wallet is a space-age pocket pal

If you’ve had your credit cards or identity stolen before, you know just how invasive it feels. One way to protect yourself is to use RFID (radio-frequency identification) blockers to prevent digital theft. The Ridge Wallet is a sleek, efficient solution to the problem. They’re made from premium carbon, titanium, and aluminum to look as sleek as possible. Every wallet comes with built-in RFID protection, to ensure that your credit cards are safe from tech-savvy thieves. Despite its low profile, it can easily fit up to 12 credit cards, and even comes with a money clip for your stack of cash. So chuck your fraying billfold and upgrade to the space age, with 18 different designs to choose from.

A Silicon Valley surveillance startup was hacked—its cameras are everywhere

A group of hackers are reported to have gained access to thousands of Verkada surveillance cameras across the globe, allowing them to monitor live feeds from within hospitals, prisons, and even a Tesla warehouse.

As reported by Bloomberg, 150,000 surveillance cameras operated by the Silicon Valley startup company Verkada were exposed by an international hacking collective.

The hackers said they were able to access not only 222 surveillance cameras used by Tesla, but cameras inside of schools, police departments, psychiatric hospitals, women’s health clinics, and even Verkada’s own offices.

The goal of the breach, according to Tillie Kottmann, a hacker involved in the targeting of Verkada, was to reveal how pervasive and vulnerable such surveillance systems can be.

Pressure continues to build for President Joe Biden to fill out the FCC with a commissioner who doesn’t have ties to the telecom industry.

Last week, a coalition of public interest and tech advocacy groups re-launched its Battle for the Net website, which has been used in the past as a hub to support net neutrality.

The website urges internet users to sign a petition demanding that Biden choose a fifth FCC commissioner who doesn’t have ties to the telecom industry, supports expanding broadband, and who supports reinstating net neutrality.