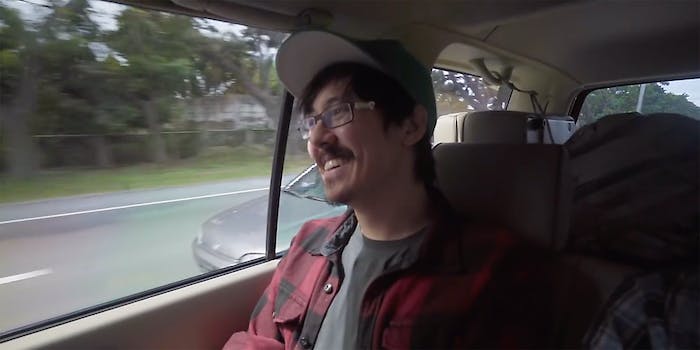 The QAnon guru's followers are convinced they can now request documents from all their enemies.

Ron Watkins is urging his followers to begin filing public records requests in Arizona after claiming that a historic court ruling opened up private companies to inquiry. Yet, unsurprisingly, Watkins claims are misguided, and the call to action has sent some of his followers on a wild goose chase.

The claim by Watkins, a prominent conspiracy theorist and congressional hopeful, came after the Arizona Court of Appeals rejected yet another request from the cybersecurity firm Cyber Ninjas on Tuesday to keep their internal communications from becoming subject to public records laws.

The Cyber Ninjas were tasked by the state Senate with auditing the results in Maricopa County of the 2020 presidential election, which supporters of former President Donald Trump have falsely claimed was stolen through fraud. The audit produced zero evidence of widespread fraud. The Arizona Republic, a local news organization, later sued Cyber Ninjas to gain access to emails and text messages regarding the audit.

The court argued in a 3-0 ruling that Cyber Ninjas’ records are subject to public records law given that the company had performed a core government function on behalf of the Senate. Cyber Ninjas argued in defense that the ruling would open up all government contractors, even those as inconsequential as construction companies, to having their records exposed. But the court disagreed.

Cyber Ninjas CEO Doug Logan responded to the ruling on Wednesday in a post on Telegram in which he claimed that all government contractors were now fair game.

The claim was quickly amplified by Watkins, who has spent the last year jumping from one failed election fraud conspiracy theory to the next.

“Now that the courts have set precedent by deciding that private companies can be FOIAd for government contracting work, we need to start filing FOIA requests to get answers,” Watkins told his more than 430,000 followers.

Watkins, who is believed by many to have been behind the online account known as Q, the mythical government insider that conspiracy theorists thought was dropping clues about Trump’s secret battle with a global cabal of child-eating pedophiles, also began listing out private companies he felt should be targeted.

Specifically, Watkins took aim at Dominion Voting Systems, an election technology company that has filed suit against numerous right-wing media outlets and figures for falsely accusing it of rigging the election.

“Do you have a private company with government contracts in Arizona?” Watkins asked. “Your work emails can now be compelled by FOIA requests. Let’s start filing requests for Dominion’s emails.”

Although Watkins provided resources for his followers to learn how to file public records requests in Arizona, many appeared confused. Others became convinced that all private entities in the entire U.S., not just those who had worked with the government in Arizona, would now have to provide any and all documents at will.

One user even went as far as to claim that they would be able to “take down the whole system” before ending their post with an assortment of QAnon-related hashtags.

“Love that you’re calling out Dominion as I did a few hours ago!” the user wrote. “The TIME is Now! Let’s take down the whole system! We now know how to go about it! Lawsuits are VERY effective!”

Although it remains unclear whether Watkins or his followers have actually filed any such requests, interest in the venture will likely fizzle out once conspiracy theorists learn that their assumptions are false. Every private company in the U.S. is not subject to public records laws.

And prying the emails from ones that are subjected to public records laws is a time-consuming effort, one his followers are actually unlikely to see through.