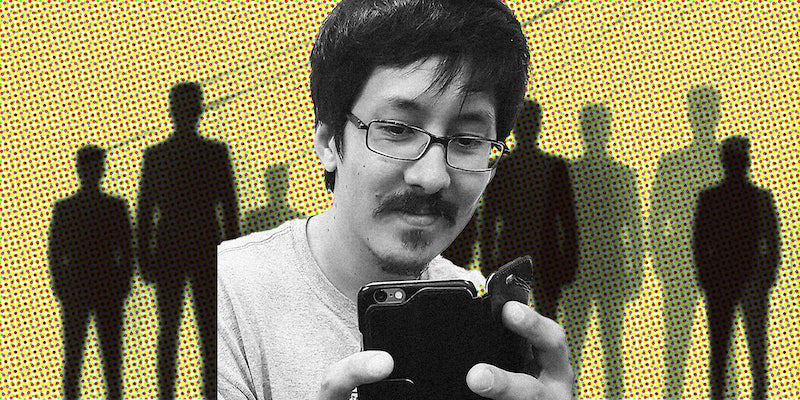 The simplest explanation is also the most likely.

On Sunday, HBO aired the final two parts of its six-part docuseries “Q: Into the Storm.” Directed by filmmaker Cullen Hoback, “Into the Storm” offered unprecedented access to the biggest players behind the QAnon movement: 8chan owner Jim Watkin; his son Ron, the site’s administrator’ and its creator Fredrick Brennan, who has since become the Watkins’s most public opponent. Hoback also interviewed a number of major players in both the QAnon community—which believes a secret military insider was revealing President Donald Trump’s plan to arrest pedophile Democrats—and the journalists who cover it (including the author of this piece, whose interview didn’t make the final cut.)

After nearly three years of chasing down leads to find who started making Q’s drops on 4chan and who continued to make them on 8chan, Hoback was hit with obfuscation after obfuscation. Neither Jim or Ron, nor any other QAnon evangelist, would admit to making the posts, and all consistently denied having made them. And every other lead, from Steve Bannon’s potential involvement to members of the online puzzle collective Cicada 3301 taking credit for the posts, seemed to fizzle out. Finally, Hoback caught a break when an online conversation with Ron late in the filming process resulted in Ron admitting that not only had he posted extensively on the QResearch board on 8chan (after denying many times that he knew anything about Q), but that his Twitter posts about voter fraud in the 2020 election were the same thing “[he’d] been doing anonymously for the last three years.” When he realized that he’d essentially admitted to being Q without directly saying it, both he and Hoback burst out laughing—both knowing the enormity of what just happened.

Nobody paying attention to the QAnon saga should have been surprised. After all of the tangents and leads that didn’t pan out, all of the signs pointed right back to the most obvious culprit for who made the QAnon drops on 8chan: Ron Watkins.

For his part, Watkins has still never claimed to have been Q, and continues to deny it, as recently as the same weekend when the final two parts of “Q: Into the Storm” were released.

But in retrospect, Watkins is clearly the obvious candidate to either physically have made the Q drops or be directly linked to their writing and posting. Every other potential culprit requires either a layer of unnecessary complication that Ron wouldn’t have had to deal with, or depends on speculation or facts that aren’t supported by strong evidence.

Some of the evidence has been out there for a long time, and some of it was evidence that Hoback either uncovered or put together. But all of it leads back to the same place—that there are very few other people who could have and would have made the Q drops other than the person who ran the place where they were posted. QAnon can’t exist without the Watkins’ and 8kun without Q’s devotees may as well not exist.

As far back as November 2019, when Jim and Ron were struggling to get their rebranded version of 8chan, called 8kun, back up, it started to become apparent that the Watkins family had at least something to do with Q. Fredrick Brennan linked either Jim or Ron with Q’s drops, telling WNYC’s “On the Media” podcast that “[Q] had so much faith in the untouchability and invincibility of 8chan that he tied himself to it with iron chains”— referencing Q’s edict that there would be “no outside comms,” or drops posted anywhere but 8chan. And the fact that Q, who claimed to be part of a military intelligence team fighting a secret war to save the world, simply stopped posting for three months between 8chan’s demise and 8kun’s launch also lends weight to the fact that the two entities were deeply linked.

Brennan had also pointed out that Q often posted pictures featuring expensive watches and pens—claiming they were pictures taken of items belonging to Trump, but really reflected the pricey hobbies that Jim and Ron had. And it was clear that Ron’s tweets between the 2020 election and the Capitol insurrection, a time when he’d supposedly left 8kun to focus on his own hobbies, had the exact same cadence and reliance on rhetorical questions as Q drops. When asked at the time about the similarity, Ron claimed to the Daily Dot that he was unfamiliar with Q’s posting style.

This claimed lack of familiarity with Q, despite often talking about Q in very technical terms, was something Hoback came back to often in the docuseries. In shadowing Ron on-and-off for over two years, Hoback realized that some of Ron’s speech patterns and oft-repeated phrases had worked their way into Q lingo, such as both using the term “ten days of darkness” on multiple occasions, and Q posting “to be blunt, game over” just after Brennan had fled the Philippines ahead of an indictment for “cyber libeling” Jim Watkins. He also recorded Ron using 8chan’s Twitter account to disavow any link between the site and the Poway, California shooting in April 2019— with the account using the popular QAnon catchphrase “those who scream the loudest” a few months later, a phrase that Q first used right around the time Ron made the Poway tweet.

Hoback also caught Ron saying things that made absolutely no sense without him being the person behind Q’s drops, such as Q being able to post on the nascent 8kun when no other user could because Q “worked really hard” to do it.

The mechanics of how the Q drops were written are still unknown, as is whether Jim or Ron approved them, posted them directly on 8kun, or had any plan for the story that Q had been telling. And it’s possible that Ron could have outed himself on purpose and been lying about it—about half the time he claimed to have no idea what Q was. But even if Ron’s “mistake” was intentional, the evidence that he’s directly linked to the Q drops is still overwhelming and puts him at the very top of the list of potential posters.

With Q having gone silent, it might not seem like this matters. But Q could start making drops at any moment again, and has gone through long periods of silence before. If Q does start posting again, it will be done under the assumption that it’s Ron Watkins making the drops—the same assumption we should have had all along.