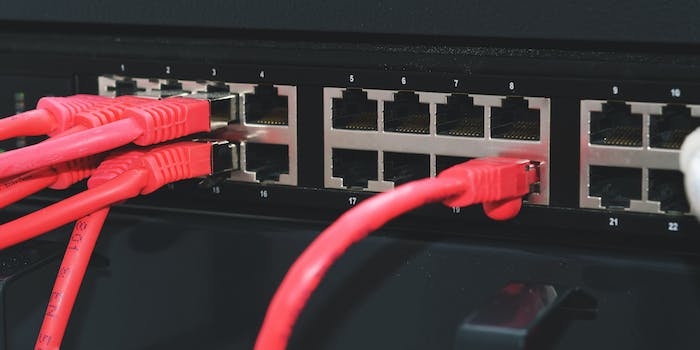 The U.S. Army did not invade Germany to prove election fraud against Trump

How a garbled tweet in German launched the latest election fraud conspiracy.

Conspiracy theorists are convinced that the U.S. Army seized computer servers in Germany that contained evidence of widespread voter fraud in the 2020 presidential election. The only problem? The allegation is completely false.

The claim, which highlights just how easily internet conspiracies can make their way from insignificant accounts to the biggest names in conservatism, first appeared on Twitter on Nov. 8.

A screenshot of poorly-worded German text claiming that servers running “election manipulation software” were seized by the U.S. military in the city of Frankfurt was shared online, Lead Stories found.

“Something big is coming. The Spanish software company Scytl, which offers election manipulation software worldwide that was used in the USA, is right in the crosshairs,” an English translation of the text says. “The server for the manipulation was in Germany (Frankfurt). A rogue who thinks evil about it. Tonight the USA ARMY confiscated the surfers [sic] with a huge contingent.”

Some time later, the garbled message made its way to Rep. Louie Gohmert (R-Tx.), who shared the totally unfounded claim during numerous interviews.

Gohmert stated during one such interview that “former intel people” revealed to him that Scytl, a Spanish election technology company, had been involved in stealing the election from President Donald Trump. Gohmert also went on to cite the German tweet, although he admitted that he didn’t actually know whether the purported raid by the U.S. Army had taken place.

“I don’t know the truth,” Gohmert said. “I know that there was a German tweet in German saying that on Monday U.S. Army forces went into Scytl and grabbed their server. There are some that believe this is the U.S intelligence that manipulated all this to cover their own rear ends.”

The claim eventually exploded on Nov. 13 after being shared on Twitter by George Papadopoulos, a former Trump campaign member who pled guilty to making false statements to the FBI.

Papadopoulos made no mention of Scytl, however, and instead named Dominion Voting Systems as the actual culprit.

“Breaking: Congressman Louie Ghomert has stated that The U.S. Army has seized servers for Dominion in Germany,” Papadopoulos said.

Dominion Voting Systems, an election software and hardware company, has been the target of Trump supporters ever since a minor human error in Michigan snowballed into an outlandish conspiracy accusing the company of stealing millions of votes.

The tweet from Papadopoulos, which didn’t even get the original conspiracy correct, was quickly echoed by countless right-wing publications.

Twitter users then began claiming that Scytl and Dominion were actually the same company in an apparent attempt to tie the multiple conspiracies together.

But it turns out that literally every single aspect of the conspiracy is false.

In a statement on the matter, Scytl pointed out that it has no ties to Dominion and that it doesn’t even have offices or servers in Frankfurt.

The company noted it did temporarily have backup servers in Frankfurt last year as part of a project with the European Parliament, but that they had been removed in September of 2019.

Scytl also denied being raided by the U.S. military at its headquarters in Barcelona or anywhere else. In a statement to the Associated Press, a spokesperson for the U.S. Army also called the allegations “false.”

The unfounded conspiracy is just the latest in a series of false allegations made by the president and his supporters in an effort to cast doubt on the legitimacy of the 2020 election.