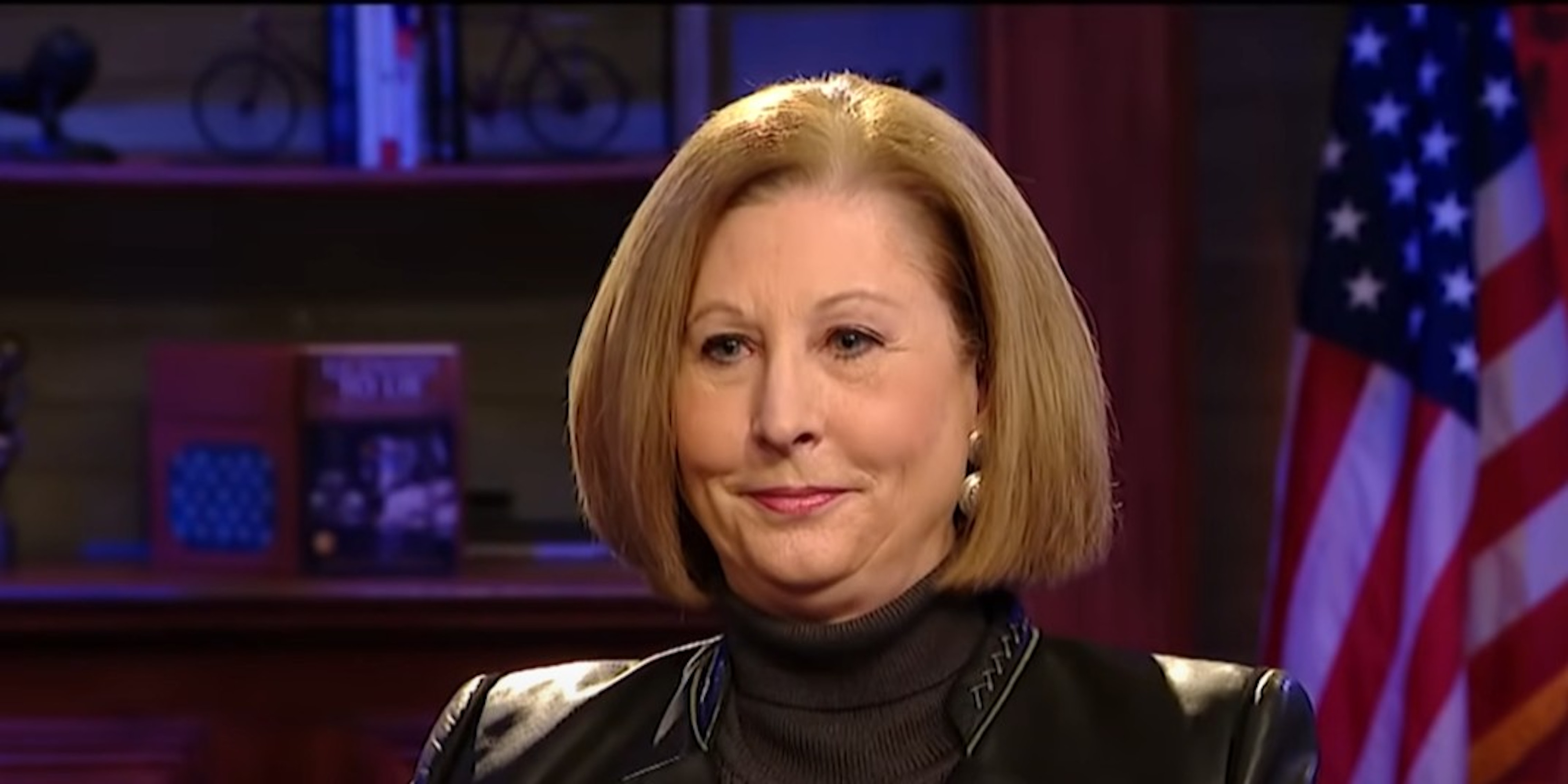 The company says it has no interest in settling with the pro-Trump lawyer known as 'the Kraken.'

Sidney Powell, one of the attorneys behind unsuccessful efforts to overturn the presidential election based on outlandish and fictitious allegations of a mass conspiracy, is being sued for defamation by Dominion Voting Systems. The company seeks $1.3 billion.

Dominion filed suit against Powell in federal court on Friday, the Washington Post reports. The company alleges that the attorney’s numerous “wild,” “demonstrably false” statements accusing it of election fraud are part of a “viral disinformation campaign” aimed at enriching herself and raising her profile.

Since the election, Powell—whose lawsuit was dubbed the Kraken by Trump supporters—has repeatedly claimed that Dominion was created by Venezuelan communists with the intent to rig elections, and that it altered the results of the November race to steal victory for President-elect Joe Biden. There’s no evidence that any of this is true, yet these claims have been thoroughly embraced by Trump’s hard-core base and Trump himself.

Powell has yet to comment on the suit. Fellow conspiracy theorist attorney L. Lin Wood, who told the Post he’s representing her in defamation matters, said he hadn’t seen the complaint, but was unperturbed.

“I don’t have any concerns about Dominion,” he reportedly said, also describing the suit as an attempt at censorship and intimidation.

In its complaint, Dominion points to Powell’s use of anonymous sources, failure to present any concrete evidence, and references the fact that its machines’ tallies were verified by a hand count of millions of votes in Georgia.

“Although Powell assured the public during television and radio appearances that her claims were backed by ‘evidence,’ Powell’s ‘evidence’ included declarations from a motley crew of conspiracy theorists, con artists, armchair ‘experts,’ and anonymous sources who were judicially determined to be ‘wholly unreliable,’” it asserts.

In the 124-page complaint, the company thoroughly dissects Powell’s numerous claims against it, and states that its employees, as well as elected officials, have received death threats and other harassment as a result of them. It claims to have spent more than a half-million dollars on security since the election.

“We feel that it’s important for the entire electoral process,” Poulos said. “The allegations, I know they were lobbed against us … but the impacts go so far beyond us.”

Since November, Powell, Wood, Rudy Giuliani, and others, along with numerous right-wing news organizations from Fox News on down, have accused the company of being part of a mass conspiracy to steal the election for Biden.

After Dominion demanded retractions and ordered the preservation of records of its statements, some outlets, including Fox, backed away from their statements. Such demands are often the precursor to lawsuits.

As of Friday morning, Powell’s baseless claims about Dominion remain live on her website.

She’s also been soliciting millions for litigation and claims to have a “status pending” 501(c)(3) nonprofit to collect donations.

On her website, she writes, “Millions of dollars must be raised to defend the Republic as these lawsuits continue to be filed to ensure victory.”